Shell expects to increase its CO2 emissions in future 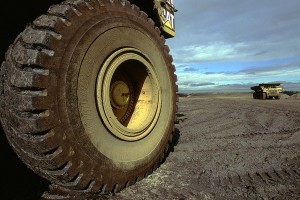 Energy intensive oil extraction such as in Canada's tar sands could lead to extra costs for Shell and the climate. (Source: Shell)

Oil giant Shell has warned that it is likely to create more CO2 in the future adding extra costs to its business, according to its latest annual report.

A combination of increasing demand for fossil fuels and changes toward more “energy intensive” sources of oil and gas will increase how much CO2 it emits.

The IEA has said that by 2015, 95% of all the CO2 emissions permissible to stay within two degrees of warming will have been made. This means emissions from fossil fuels need to be cut drastically by 2017 according to the IEA.

“Over time, we expect that a growing share of our CO2 emissions will be subject to regulation and carry a cost,” the report states.

“If we are unable to find economically viable, as well as publicly acceptable, solutions that reduce our CO2 emissions for new and existing projects or products, we may incur additional costs in delayed projects or reduced production in certain projects.”

Increasing costs from carbon prices could be passed on to consumers in the same way as airlines plan to pass similar new costs onto their passengers.

The shift in sources of oil and gas towards what the industry terms “unconventional sources” will also lead to the company increasing its CO2 emissions.

Many of these are more expensive to exploit and so were previously ignored. But the rising price of oil has made them economically viable in recent years.

“Examples of such developments are our expansion of oil sands activities in Canada and our gas-to-liquids project in Qatar,” the company said.

As it expands its work in Iraq, a practice known as gas flaring, which separates and burns unwanted gases will expand, again creating more CO2 emissions. Shell says it will explore ways to increase the volume of this gas that it can capture.