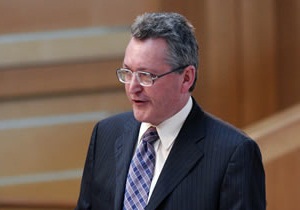 The Scottish renewable energy industry is attracting interest from as far afield as China and Chile but face major challenges moving forward, the country’s Energy Minister has said.

Speaking at an industry event in Edinburgh, Fergus Ewing said that delegations from both countries were interested in their European Marine Energy Centre (EMEC) facility, which tests a number of emerging wave and tidal technologies off the Scottish coast.

The marine energy sector has the potential to be worth £3.7 billion in the UK alone by 2020, according to the industry body, RenewableUK.

“There is a bouyancy in the industry right now and a united purpose to ensure that we harness this huge source of energy,” Ewing, Scottish Minister for Energy, Enterprise and Tourism told RTCC.

“Delegations from Chile and China have expressed an interest in exporting the EMEC concept to their own markets.”

Scotland has set itself a target of using 100% renewable energy by 2020 with offshore wind farms, hydropower and emerging marine technologies all contributing.

The EU has recently committed to setting a renewable target for 2030 with the size of the goal yet to be determined.

“The UK must continue to be the place to invest in marine renewables,” said Ewing adding that the UK and Scottish Governments were working closely together to achieve that.

“Contrary to what you may have read, we work together very constructively on renewable energy. There is a clear common purpose in that regard.”

Marine energy is still a very young industry in the process of developing full scale demonstration ‘arrays’, groups of individual generators linked together.

Shell has recently raised concerns over the length of time renewable energy will take to deploy saying that it could take 30 years for the company to switch to clean technologies.