Obama calls for American people to wean themselves off fossil fuels 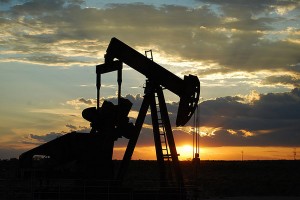 The US is the second largest CO2 emitter in the world. A third of its emissions are from transportation. (Source:Flickr/Paul Lowry)

President Obama has called on the US to “wean itself off” fossil fuels, during a campaign speech in North Carolina.

“It’s going to take us a while to wean ourselves off of the old and grab the new,” said Obama.

“We’ve got to develop every source of American energy – not just oil and gas, but wind power and solar power, nuclear power, biofuels. We need to invest in the technology that will help us use less oil in our cars and our trucks, in our buildings, in our factories. That’s the only solution to the challenge. Because as we start using less, that lowers the demand, prices come down.”

The cost of a gallon of gasoline has risen $0.48 since the turn of the year making energy a hot topic in this year’s election.

Republican contender Newt Gingrich has pledged to reduced the cost to $2.50 from around $3.70 at present.

The President also repeated his call for an end to fossil fuel subsidies.

The US is the second largest emitter of CO2 in the world. A third of these are from transportation.