Boris Johnson: I am and will continue to be a Green Mayor 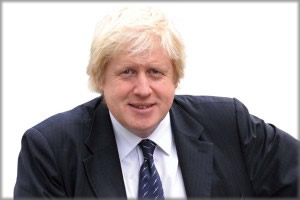 London's Mayor, Boris Johnson, has pledged to continue improving the city's green credentials beyond the Olympics.

As part of RTCC’s London Week, the leading candidates in the city’s Mayoral election have explained to us how they would cut emissions and make London a greener place to live.

Yesterday we heard from the Labour candidate Ken Livingstone. On Tuesday, the Green Party’s Jenny Jones set out her plans.

Today the Conservative candidate, and present Mayor of London, Boris Johnson defends his record and commits to continuing the work that needs to be done.

I am, and will continue to be, a green Mayor. I have delivered on all the green election pledges I set out.

I have made it a priority to protect our city’s green, open spaces and encourage more recycling across London boroughs. This is a greener and cleaner city for all Londoners to enjoy and will continue to be so under my mayoralty.

That is why as part of my nine point plan to secure a Greater London I am cutting waste at City Hall, freeing up £3.5 billion for services, which will help me, among other pledges, in restoring 300 acres of green space and planting 20,000 street trees.

Since becoming Mayor the Cycle Hire scheme, launched in July 2010, was immediately embraced by Londoners and visitors alike.

We now have 6,000 bikes on the streets that are used for an average of 25,000 journeys a day. By spring 2012, 2,700 more docking points will be created across east London and another 1,500 docking points added in central London.

In 2009 I launched the Help a London Park scheme as part of my commitment to clean up and improve the capital’s rundown green spaces.

Having secured funding, the public voted for the 10 parks that most needed a £400k makeover. Improvements have included: new play equipment for children, improved access and security, extensive new landscaping and creation of wildlife habitat.

By the start of the London Olympics 2012, through the London’s Great Outdoors programme, I will have invested over £335 million in 80 public space projects.

And as well as the 10,000 new street trees already planted, I am also supporting the planting of an additional 100,000 trees every year through community action.

In addition I have:

• Created over 800 new green spaces for Londoners to grow their own food;

• Set up the London Waste and Recycling Board;

• Organised 631 Capital Clean-up events all over London, with 5,000 volunteers;

• Rolled out the RE:NEW programme within every London borough saving Londoners up to £180 per household through installation of energy and water efficiency measures in homes;

This year, London will be packed with visitors who will find a green, clean city brimming with confidence.

Whether they are new green spaces, clean-up programmes or infrastructure improvements, each project is transforming a new corner of London into a better place to use and enjoy.

I have strived to deliver on my green agenda, and it has been a huge success – but there is still much that can be done.

All this will ensure that London remains a truly green city.