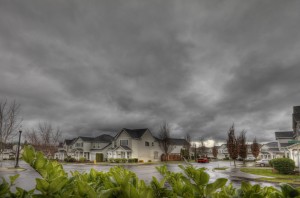 Worrying trends of increased tornadoes seen over the last year could be down to a warming climate, scientists have warned.

Last Friday (2nd), around 80 tornadoes hit the United States, from the Midwest to the Gulf of Mexico – more than typically seen in the entire month of March, according to AccuWeather.com.

Some climate scientists believe that the earlier-than-normal outbreaks of these storms could become the norm as the planet warms.

“As spring moves up a week or two, tornado season will start in February instead of waiting for April,” Kevin Trenberth, climatologist at the National Center for Atmospheric Research told Reuters.

It has previously been notoriously difficult to link tornado events – both in terms of frequency and severity – to climate change, and many say little research has been conducted into the area.

The main challenge for scientists is that the two conditions necessary to produce a tornado are expected to be affected in opposite ways. While a warmer climate could boost the intensity of thunderstorms, they are also thought to lessen the increases in wind speed at higher altitudes.

This could mean these storms could increase in ferocity but decrease in frequency.

In the IPCC extreme weather report, released last year, they concluded that “there is low confidence in projection of small spatial-scale phenomena such as tornadoes and hail because of competing physical process may affect future trends.”

They also said that projections of such events would be difficult because current climate models do not simulate them.

However, with the events of last week coming much earlier than scientists would expect and with a surge in tornadoes last year – 753 events made last April the most active tornado month on record – some climate scientists are concerned.

“I have no doubt that there will be many times when wind shear is plenty strong to create a tornado,” said Trenberth.

And if there were more days in the future when wind speed is too weak to produce a tornado from thunderstorms, he believes “the frequency of tornadoes many decrease but the average intensity might increase. You could have a doozy of an outbreak, and then they could do away for a while”.