The Arctic’s oldest and thickest sea ice is disappearing at a faster rate than the younger, thinner ice, according to a study by a NASA scientist. 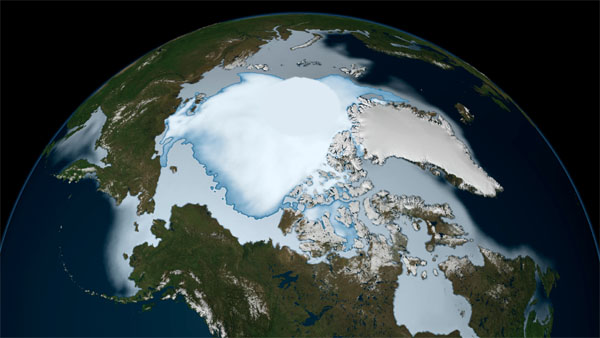 Scientist Joey Comiso categorised the ice into ‘seasonal ice’, newly formed each winter, ‘perennial ice’, lasting for at least one summer, and ‘multi-year ice’, persisting through at least two summers.

He found that the thinner seasonal ice, found around the edges of the ice cap was not melting as rapidly as ‘perennial ice’ or ‘multi-year ice’. 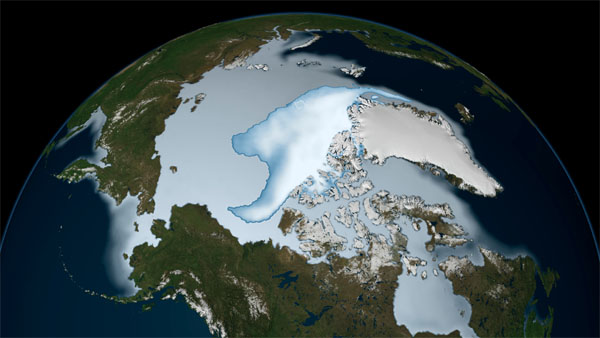 ‘Perennial ice’, according to the study, published in the Journal of Climate, has declined around 15% per decade, while ‘multi-year ice’ is declining by about 17% per decade.

While it can be difficult to get a meaningful idea of what these numbers actually equate to in reality, Comiso said the satellite images, taken between 1979 and 2012, clearly show just how dramatic the decline has been.

“The Arctic sea ice cover is getting thinner because it’s rapidly losing its thick component,” said Comiso. “At the same time, the surface temperature in the Arctic is going up, which results in a shorter ice-forming season.”

It would take a persistent cold spell for multi-year sea ice to grow thick enough again to be able to survive the summer melt season and reverse the trend.”

Average temperatures in the Arctic are raising around three times the average of the whole globe.

As perennial ice has retreated, it has opened up new areas of Arctic Ocean that can then be covered by seasonal ice, a larger volume of which can make it through the summer to form second-year ice.

This, according to Comiso is why the perennial ice – which includes this second year ice – is not declining as rapidly as multi-year ice cover.

NASA VIDEO mapping the loss of multi-year ice since 1979: