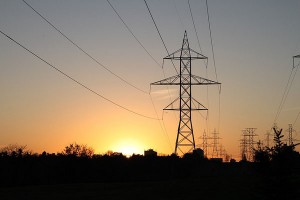 The €104bn overhaul of the European grid will cut power costs and boost security of supply. (Source: Flickr/Nayu Kim)

Customers in gloomy northern Europe could soon be lighting their homes with solar power from the Mediterranean and beyond as ambitions for a pan-European electricity grid moved a step closer yesterday.

The €104bn overhaul of the system would permit an increased volume of electricity to be traded across borders as countries with ample renewable resources plug gaps in their neighbours supply.

Some sources of renewable energy that rely on the weather are criticised for the intermittent nature of their production.

The new plans would allow northern Europe to replace reduced wind power capacity in the summer, with electricity from other sources, such as solar power from southern Europe.

In winter, when solar production drops, there will be increased wind and wave power in the north due to stormier weather conditions.

Proposals for the €104bn refurbishment of the continent’s electricity grid will also include 45,000km of new powerlines to connect new sites of renewable energy production to the grid.

More than 50,000km of extra high voltage transmission lines will be built to improve the efficiency of transport, according to the European Network of Transmission System Operators for Electricity (ENTSO-E).

Older systems can lose half of all the power they distribute due to the resistance of the cables.

With the continuing development of solar energy projects in North Africa supplying electricity to Europe, lightbulbs in Stockholm could soon be powered by the Saharan sunshine.

A separate announcement by the UK’s Department of Climate Change and the energy regulator Ofgem predicted that better grid coordination for offshore wind, including international connectivity could save £3.5 billion.

The savings would permit large cuts in the subsidies received by the offshore wind industry from the British government.