China needs to radically improve its energy efficiency levels if it is to maintain current levels of growth, a leading expert on Chinese climate policy has told RTCC.

Zhang worked in China’s Ministry of Foreign Trade and Economic Cooperation for 13 years before joining PwC, and told RTCC there are a number of issues President-elect Xi Jingping will have to address if as expected he takes office in October.

“The current economic growth rate is not sustainable – it has been around 10% for the last three decades, but everything has changed,” Zhang said.

“America and Europe – especially America – probably can no longer be relied on as the market that will take whatever China produces.

“China itself, after those decades of growth, the problems it has accumulated internally are difficult to handle. For example – the environment is in such a bad shape; nearly all the rivers are polluted.

“Soil degradation, desertification, landslides – whatever you can think of is happening in China. So the environmental costs are very high.”

Despite these concerns China’s use of coal to generate electricity is expected to soar over the next five years.

Coal imports will double by 2015, while the China Electricity Council predicts demand will reach 4.3 billion tonnes by 2015, an increase of 970 million tonnes from 2010.

And Zhang says that while the economic outlook remains positive, China will have to invest more in resource conservation and energy efficiency measures in order to maintain its position. 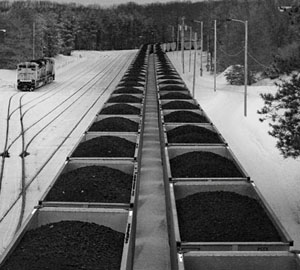 “Even coal is in short supply….nowadays the resources are in such a state that China can no longer rely on the same growth model. It has to find a way that consumes less resources, less energy and is more environmentally friendly.

“In terms of carbon emissions, China is going to generate more and more because that is the result of industrialisation and modernisation – they are all linked,” he said.

“But at the same time the government is keen to do something and I think that makes sense….currently China is resources constrained – it’s short of energy everywhere. Energy conservation is of paramount importance.

“While the overall carbon emission volumes could increase further in the coming years, in terms of energy efficiency I would say there will be quite an improvement there.”

And while China is pressing ahead with the development of a national carbon market, there may be less movement at an international level on a globally binding emissions deal.

As the world’s second largest economy and biggest source of carbon emissions, China is expected to play a crucial role in shaping the framework of a global treaty built on the foundations of the Durban Platform.

But Zhang says it is unlikely that a new President would deviate much from China’s current position on the global talks – making it unlikely the country would sign up to a legally binding treaty.

“I would say the fundamental issue is the principal of common but differentiated responsibility – they take that as a guiding principal – but that view is not shared by the Europeans….they think it is such a large economy China should do something.

“I would say China needs to do something, but we have to recognise that China is still a developing country. If you go to Beijing or Shanghai you may feel it is quite advanced – but most other parts of China are still very poor.

“It is still developing and growing – like a baby – you cannot say you are not allowed to do this and that. Europeans are like adults, and China is a teenager in terms of economic growth.

“The energy constraint situation is going to continue, so whoever comes in has to face this. I don’t think the new leadership will make that much difference – it’s not determined by individuals”.