Closing the Loop: Designing for a sustainable future

Imagine throwing away an old product, and rather than it ending up left in landfill, each part of that old product is made into a brand new one.

Moving from a traditional linear system to a circular system, otherwise known as closing the loop, is a growing idea in the world of sustainable design and manufacturing.

Closing the loop means moving from traditional design, which looked at the linear model for design and production – make, use and dispose – to how the disposal stage could be fed back into the creation of a new product. 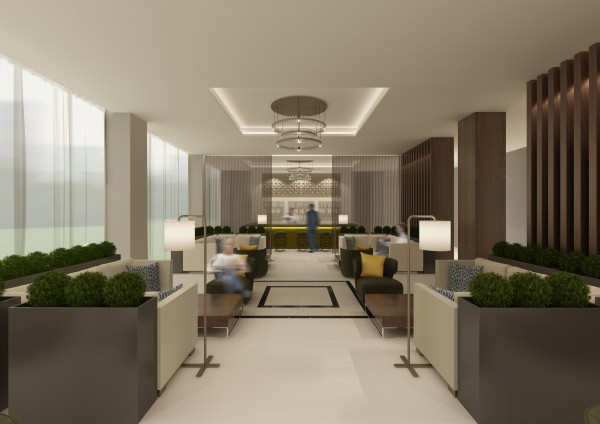 A report released by the Ellen MacArthur Foundation – which aims to inspire a generation to re-think, re-design & build a positive future – in February this year, “Towards a Circular Economy”, highlighted this problem:

“Whilst major strides have been made in improving resource efficiency and exploring new forms of energy, less thought has been given to systematically designing out material leakage and disposal,” said the report.

With many businesses now looking to save resources, energy or money, one design philosophy built around the circular system which is growing in popularity is the idea of Cradle to Cradle design.

Cradle to Cradle design is about creating continuous cycles of both biological and technical ‘nutrient’ which means products are made from pure components that can be easily dissembled and used to create new products.

It also places focus on the use of renewable energy in the manufacturing process, water conservation and social responsibility.

The concept of Cradle to Cradle was first coined in the 1970s.

The current philosophy of Cradle to Cradle was developed by chemist Michael Braungart and architect and designer William McDonough who in 2002 released “Cradle to Cradle: Remaking the Way We Make Things” which provides a manifesto for the design concept.

Their consultancy firm McDonough Braungart Design Chemistry (MBDC) now helps businesses to achieve certification for their products under the philosophy.

Tish Tablan from MBDC told RTCC: “Cradle to Cradle in general is about designing with the next life in mind.”

“We look at safe and healthy materials which stay in closed loop cycles; we don’t want to recycle toxic materials. We want to start with a healthy product. If it is healthy from the start then it can go back to soil safely or when it goes back to industry it will not be releasing those toxic chemicals in that process again.” 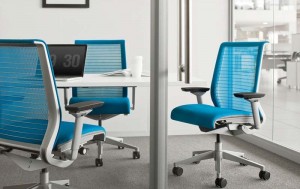 The first product to receive certification through the Cradle to Cradle process was the Steel Case Think Chair. Up to 44% recycled materials, 99% recyclable and using no glues, Steel Case say the chair can be dissembled in less than five minutes.

New design firms like Sibley Grove studios, a South East London based firm focusing on Interior, Furniture, Jewellery, Graphics and Branding. Run by directors Kate Sibley and Jeremy Grove they are also using Cradle to Cradle philosophies in their own work.

“We have done quite a lot of research into different approaches to sustainability and it kind of seems like the thing which makes the most sense,” explained  Sibley.

“I think the problem with modern day industry and modern day design philosophy is that it is kind of a one size fits all and whether you are in China or Europe or the Middle East you’ll design the same table or the same chair or the same interior because it’s about mass production,” added Grove.

“The fact is that those techniques aren’t sustainable generally and the finishes used aren’t sustainable so it is about re-designing and re-creating the philosophy that is appropriate and the best thing you can take from Cradle to Cradle really is, although there are these good networks and these good products, it is really that feeling of optimism as opposed to negativity.”

Sibley Grove work with the likes of carpet designers Desso, flooring designers Shaw and furniture designers Orange Box, all of who explore and implement closed loop systems into their products, to ensure their designs meet their own sustainable practices.

For them Cradle to Cradle offers an exciting option as it still allows people to continue to design and innovate, while at the same time embracing new technologies.

“Cradle to Cradle celebrates new technology and new materials so it is really exciting like that and it is about science and innovation whereas most people’s idea of what sustainability is or a sustainable material is something natural and uncoloured and really plain. It celebrates innovation and that’s really good because we are still progressing,” said Sibley.

While Sibley Grove is finding growing networks of designers and companies who are becoming aware of the philosophy, Marianne Guldbrandsen, Head of Design Strategy at the UK’s Design Council believes there is still some way away from implementing the Cradle to Cradle philosophy in its entirety.

“In the meantime we need to delay the lifecycle – extend the lifecycle – so for instance there are lots of new services which are coming up which use an existing product in a new and more efficient way,” she said.

“If you look for example at Street Car, they are using an existing product but utilising it much better. The fact you can pick up a car within 200 meters of anywhere within central London and borrow it whenever you need it without actually having a car yourself.” 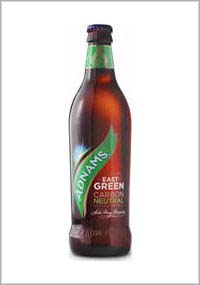 Other examples used by Guldbrandsen are Ocado, where customers can have all their shopping delivered to their doorstep, and by picking a ‘Green Slot’ can save money, which Ocado says can replace up to 40 car trips in a day, and Adnams, who through the removal of expensive water consumption, optimising processes and incorporating solar heating – amongst other techniques – have been able to create the first carbon neutral beer.

Guldbransen also points out the role of design in changes people’s conceptions and behaviour when it comes to sustainability.

As part of the Design Council’s, Design Challenges scheme, they put out a call on behalf of Southern Water when they set out to change their metering services. Understanding that for some customers this would mean higher bills, they wanted to learn just how much people understood about their water consumption.

“We found that a lot of people when we talked to them had no idea what was normal water consumption, it was ok X cubic metres, but what is a cubic metre?” explained Guldbransen.

“Some of the very basic things that design enabled us to do was to start thinking about how people understand consumption, how could we communicate that in terms of cups of tea and buckets and things they could relate to.”

“We understood that the bill was one touch point – a touch point is any kind of service where the customer has physical contact with that service – so the Bill was really valuable when it came to communicating with Southern Water’s customers. So we re-designed the bill.”

“It was now used as a way to communicate. Has your water consumption gone up or down compared to the same month the previous year. It’s signified by the colour of the bill – either green or purple.”

While viewing consumer behaviour as key, Guldbransen says there are ways companies can work to incentivise this change.

“What with the lack of resources we are going to see it in the next five, ten, twenty years. Mobile phone manufacturers, for example, will start leasing them for use and asking for them back and in terms of how we change people’s behaviour it is simply about incentivising people and saying if you want a new phone, bring the old one back and get a discount. So it will be built into the business model,” she said.

The idea of take back schemes from companies – re-collecting materials and products once a customer has used it – is another growing aspect. Companies such as Desso and Orange Box will offer such a service, while household names such as B&Q and Ciscoes are also looking into schemes.

“We need to start seeing waste not as waste but as a commodity of production. It is the whole thing about creating a circular system,” added Guldbransen.

For her, it is about re-envisioning the design system, taking into account designing for disassembly, designing out loops and designing for a circle system, both within a company’s own business model and through interconnecting with other companies – “what looks like waste to one company could be input material for another.” 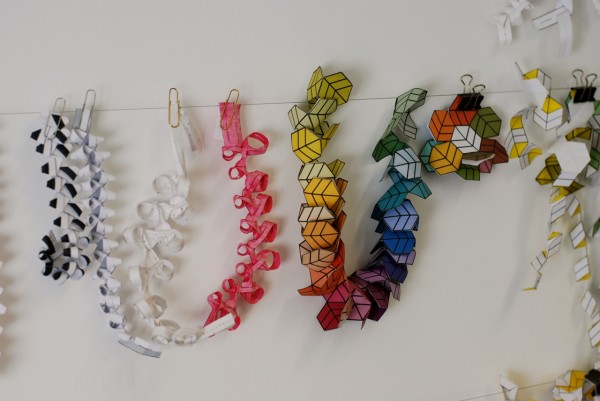 Kate Sibley is working on real throw away jewellery for her MA project, for example designing jewellery out of paper (© Sibley Grove Studios)

“It is not necessarily up to the consumer, the role of the designer is changing and designers need to be much more aware of where things comes from and what happens to them and designing for the whole lifecycle of a product,” said Sibley.

“Where kind of moral issues come into it about it being sustainable and where it becomes about sweatshop labour and all these things which should be considered there they have to be considered by the manufacturer and the designer,” said Grove.

“You can’t put that on the shoulders of the consumer because the consumer is the least informed in the process so they can’t make those decisions and that’s why more and more emphasis switches to the designer.”