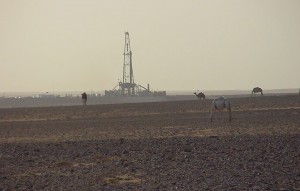 The protection of the environment and stable energy markets holds the key to sustainable development, a key Saudi Arabian official has said.

Speaking at the third “G20 Speakers’ Consultation Meeting” under the theme “Sustainable Economic Development for a Safe World” held in Riyadh, Dr Abdullah bin Mohammed Ibrahim Alsheikh, the Speaker of the Shura Council enforced the link between development and environment.

“And as energy plays an important role in building mutual relations among global economies, it is considered the main driver of economic growth and sustainable development.”

Dr Alsheikh said Saudi Arabia would spare no effort in working with the international community to stabilise energy markets – something he said would require transparency, stability and the diversification of energy sources.

“It should serve the interests of both producers and consumers, with a need to support research and investments in the diversification of energy sources and reduction of impacts on the environment,” he said.

“We were one of the first countries to work toward achieving the Millennium development goals. This is because we attach great importance to sustainable development issues and the increase in public expenditure allocations to education, health and social development.”

This comment represents as a marked move away from the country’s traditional position at international climate change and environmental negotiations.

Even as recently as COP17 in Durban last December, Saudi Arabia received criticism for arguing on behalf of the OPEC countries, being a cheerleader for oil and blocking the Green Climate Fund.

Saudi Arabia, the world’s largest crude exporter, along with other oil exporting countries including the UAE have, however, acknowledged the threat from diminishing oil supplies, and begun to invest heavily in other energy sources, particularly solar.

Dr Alsheikh also said Saudi Arabia would work with the G20 nations and global financial institutions to find effective solutions for the recovery of the global economy.

“We believe the objective of global economic balance and laying the foundation of the overall economic developed can only be achieved by sustained collective efforts and cooperation based on a sense of shared responsibility through the development of a genuine global partnership for development,” he said.