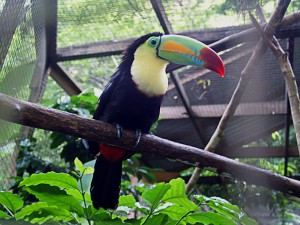 Tropical bird species living in mountains, coastal forests and other tropical habitats are under threat from climate change, say researchers.

Compounded with other threats including habitat loss, disease and increased competition among species, climate change could drive some bird species to extinction.

The latest study, a review of nearly 200 scientific studies, published in the journal Biological Conservation, warns that around 100 of 2,500 land bird species could become extinct, depending on the severity of global warming and habitat loss due to development.

Warming temperatures push them poleward or to higher elevations, and if they are unable to find new homes as many as 600 to 900 species could become extinct by 2100, without additional conservation efforts, says the study’s author, Çağan Şekercioğlu. 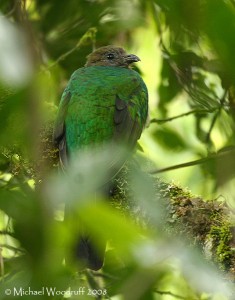 The quetzal is one of the main victims of the toucan’s move to higher elevations (source: Michael Woodruff/creative commons)

Şekercioğlu said: “Birds are perfect canaries in the coal mine for showing the effects of global change on the world’s ecosystems and the people who depend on those ecosystems”.

While Şekercioğlu says it is difficult to predict how habitat loss, more frequent natural disasters, invasive species, hunting and pollution will combine with climate change and threaten bird species, but predicts that in some cases they could increase climate induced extinctions by 50%.

He warns that those tropical birds which are used to stable climates are less likely to keep up with rapid climate change than those species living in more  changeable weather conditions.