The Keystone Pipeline protest is still going strong having surpassed its original target, now with over 600,000 signatures.

The latest protest against the Keystone Pipeline in the US has gained 300,000 signatures, ahead of the 1200EST 1700GMT deadline. 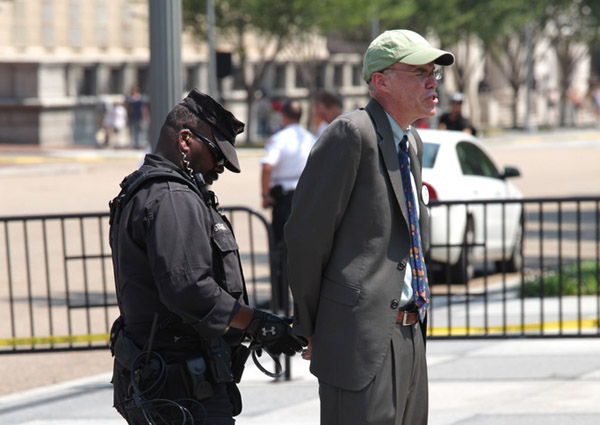 Bill Mckibben was arrested last year while protesting outside the White House against the Keystone Pipeline (source: tarsandsaction/creative commons)

The action, organised by environmental group 350.org along with 30 other campaigns, businesses and blogs, aims to send over 500,000 messages to the Senate opposing the pipeline in just 24-hours.

Beginning at noon yesterday, the latest petition comes as an amendment linked to the transportation bill going through the Senate and would override President Obama’s decision last month to reject the project.

Supporters of the campaign include actor Robert Redford, activist Naomi Klein and environmental blog Grist.org, who have all been rallying to get signatures.

With seven hours still to go, you can add your voice to the campaign here.