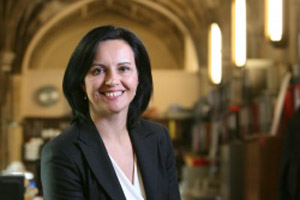 The British Chancellor is among those in government with an “active contempt” for environmental protection that leaves the UK at risk of missing out on the transition to a low-carbon economy, according to the Labour Party’s shadow energy and climate change minister.

“The likes of the present chancellor not only believe that the green agenda is bad for business, jobs and growth, but actively revel in their contempt for environmental protection,” said Caroline Flint, Shadow Secretary of State for Energy and Climate Change.

“George Osborne said in his autumn statement: ‘Environmental measures and the transition to a low carbon economy was a burden to British businesses’. Throwaway remarks have real market consequences. They create uncertainty and make the UK a less attractive place to invest,” she claimed at an Aldersgate Group debate in London.

“According to this view environmental policies are a luxury that can only be afforded when times are good and it is an argument that I believe we should firmly reject,” said Flint.

She went on to say that the government’s acceptance of her own party’s climate change targets set during its time in power, had created cross-party consensus.

“That clarity of direction underpins the attractiveness of the UK to green investment,” she said. “Today the question marks over the government’s green credentials have proliferated and they weigh genuine scepticism over whether the government is sincere in its support of that consensus and open to green business.”

Flint called on the government, and specifically the new Secretary of State for Energy and Climate Change Ed Davey, to stop the recent slide in UK investment in green growth and renewable energy.

“My department is already implementing bold and ambitious reforms – like electricity market reform and the Green Deal – to unlock private investment, drive innovation and build a resilient, green, competitive economy. It’s now my job to see those through,” said Davey at his first public engagement in his new role.

Flint said these reforms were not enough however.

“The stakes could not be higher for the UK in the green arms race. Yet we’re falling behind,” she said.

“Brazil and India are not just acting to responding to climate change but are putting in place the production sectors to respond to the inevitable economic demands of this new era.”