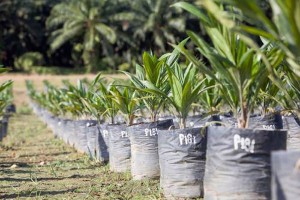 A new study has estimated that the UK’s biofuels policy will cost consumers £100bn in additional fuel costs by 2020.

The research, commissioned by Friends of the Earth and ActionAid UK, also stated that the policy would increase rather than reduce carbon emissions in the country.

“The UK must scrap its biofuel targets,” said Meredith Alexander, head of policy with ActionAid UK. “Motorists, the environment and poor people in developing countries will bear the brunt of this ill-conceived directive.

“Increased biofuel production will have disastrous consequences as food prices are forced up and millions of people go hungry and lose their land.”

Biofuels have attracted controversy in the past with agricultural land used for food being displaced by energy crops.

Kenneth Richter, Friends of the Earth’s biofuels campaigner said the policy would do nothing for the country’s economy.

“This money would be better spent on improving our train and bus services, promoting cleaner cars, and making cycling a much safer option for short journeys – saving people cash every day,” added Richter.

The report followed the declaration by EU climate commissioner Connie Hedegaard that existing biofuel policy in Brussels, formed in 2003 and 2009, was flawed.

The EU Renewable Energy Directive calls for European transport fuel to include a 10% portion from renewable sources by 2020.

Speaking to Euractiv.com she said: “The knowledge and the science were not that well developed at that time, so now we have been struggling to try to get a defined indirect land use factor in.

“And that’s of course not a clever strategy if we ask member states to replace fossils fuels with something that is not better than fossil fuels.”

One option undergoing research is to find alternatives to using food crops for biofuels and to instead use plant material that does not enter the food chain and can be grown on a poorer quality of land.

“It is crucial to point out that biofuel crop production systems differ greatly in environmental impacts,” Dr Angela Karp, our head of bioenergy at Rothamsted Research Institute told RTCC. “The way forward is not to stop biofuels completely. Instead the use of high-input food crops for liquid transport fuels needs to be replaced by the use of crop residues and low-input perennial crops with multiple environmental benefits.”

In November last year a report from within the biofuels industry suggested that they offered a better option to reduce transport-related emissions.