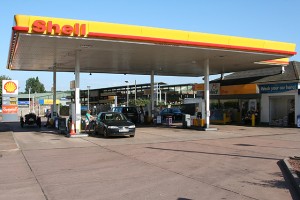 One of the biggest costs for households will be rising petrol bills, but that will not be the only shock they face (source: Martin Bodman/creative commons)

Following the threat of Western sanctions against Iranian Oil, in response to the country’s nuclear programme, Iranian Oil Minister Rostan Qasemi warned that world oil prices could soar to $200 a barrel.

Current levels of oil sit at around $110 a barrel, after unrest in exporting countries sent prices to highs of $122 in April 2011.

If these new warnings were to become reality, oil prices could reach highs never witnessed before, with current records standing at $150 a barrel in 2008.

But what would such a price rise mean?

John Mitchell, Associate Fellow from Chatham House’s Energy, Environment and Resource Governance Programme said: “Disruption of supplies from Iran – even a total cut off of Iranian exports – would certainly lead to some increase in price as long as it lasted.

“The possibility is already affecting the price. Alternative supplies to Europe would mainly have to take longer shipping routes – although there is a surplus of shipping at the moment. $200 a barrel is always possible, but only for a short time. Iran cannot survive economically without oil exports.”

Past oil price spikes associated with Middle East conflicts and OPEC embargos have each been followed by a global downturn and when oil prices started to rise in 2008, economists warned that prices surpassing $150 a barrel could turn what was then a mild recession into something much worse.

With the current economic climate, price rises that would make oil more costly than it has ever been could help slow down the global recovery.

“It could derail a speedy recovery from the economic crisis, especially in the US – which is perhaps the most vulnerable of the major economies to oil price shocks,” said Dr Carole Nakhle, Associate Lecturer at Surrey Energy Economics Centre.

Businesses that rely on oil, including airlines, the car industry and agriculture would all feel the impact of rising prices – costs which will be transferred to consumers.

Dr Nakhle warns that it will not only be at the petrol pumps that families will feel the rise.

“Such a high oil price will affect not just petrol prices but also the whole economy, as oil is a raw material for many products,” she said.

“However, if oil price increases say by 100%, this doesn’t mean that petrol prices will increase by 100% as more than 70% of the price paid at the pump is tax. In this case, petrol taxes partly act as a shield.”

As much as 30% of food costs comes from energy – mainly oil – and a five times increase on average oil prices witnessed between 1990 and 2000, was coupled with a doubling of food prices.

Rising oil prices would mean increased costs for farmers both in terms of machine operation and transport, while the cost of shipping food – another industry reliant on oil – would also increase, costs which will most likely be passed on to food buyers.

A 2008 report from the Overseas Development Institute warned that this would be particularly harmful for low-income countries – particularly in nations in Asia, the Middle East and Africa. 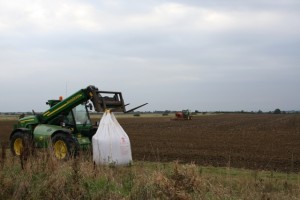 Farmers will face rising costs for machine operation as well as fertilisers and transports - costs which will ultimately be passed onto consumers (source: Duncan Grey/creative commons)

These countries could face a double shock of rising bills for oil and food imports, pushing up inflation.

There could also be increases to the costs of social programmes to help the poor facing rising bills.

Mitchell said: “The regions most affected would be developing country importers such as India, sub-Saharan African countries who subsidise oil consumption, as they would have either to increase the prices or pay more subsidies.”

But Mitchell says there could also be some winners from the increase in oil prices. Prolonged changes in oil prices will also lead to more investment in alternative options for fuel.

“Even a short-term surge, however, would encourage investment in alternatives energy economy, as well as new oil supplies such as shale oil in the US, deepwater in the Atlantic etc.”

Meanwhile countries with abundant land could set some aside for biofuel production.

“Who will suffer from the price rise will depend on whether the economy is a net importer or exporter,” said Nakhle.

“For the former, the import bill will increase significantly with negative implications on the balance of payment while for the latter (e.g. the OPEC countries) export revenues will increase.”