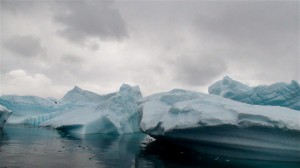 The group will be studying first hand the effects of climate change on the region (Source: 23am.com/flickr)

Former Vice President Al Gore has taken his fight against climate change to the South Pole, as his Climate Reality Project expedition ship arrived in Antarctica.

Joined by more than 100 other travellers including scientists, ministers and celebrities, the team set off from Argentina last week, crossing the legendary Drake Passage en-route to the Antarctic.

Gore has been joined by James Hansen from NASA, Kevin Trenberth of the National Center for Atmospheric Research, along with Bangledesh’s minister of environment Hasan Mahmud, the President of Iceland Ólafur Ragnar Grímsson, British billionaire Richard Branson and UNFCCC Chief Christiana Figueres.

Tweeting from the trip Figueres wrote: “Antarctica: highest coldest, windiest and driest continent of the planet. Most importantly: global bellwether of #climatechange.”

And amongst pictures of penguins, icebergs and seals she lamented their future prospects: “Greetings from a chinstrap penguin colony. Populations decreasing due to decreasing sea ice.”

A unique and isolated region, Antarctica holds 90% of the world’s ice, and 80% of its freshwater. The West Antarctic Ice Sheet – which lies south of the Peninsula – shows signs of rapid decline.

If melted completely the Ice Sheet could raise sea levels by five to seven metres (16 to 23 feet) according to NASA.

For Gore the trip is a return, following a previous visit to the continent 22 years ago.

In his blog he wrote: “After crossing the legendary Drake Passage, we came in sight of the Antarctic continent. It is majestic, otherworldly place.

“The Antarctic Peninsula, which juts northward toward South America, is lined with ice-covered mountains and surrounded by abundant wildlife in the sea.

“But even on this continent that looks and feels pristine, a troubling process is underway because of global warming.

“The ice on land is melting at a faster rate and large ice sheets are moving the ocean more rapidly. As a result sea levels are rising worldwide.

“Here in Antarctica, it’s easy to feel isolated from the rest of the world. But as I look at this exquisite continent buried deep under the ice, it’s troubling to think about what will happen as this ice melts ever more rapidly.” 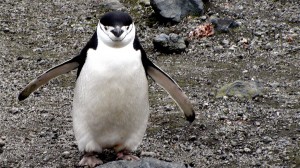 The goal of the fact-finding mission is to study and document first hand the rapid melt in the region and discuss how to unite the world’s nations into taking reasonable actions.

Branson wrote in his blog: “The Planet is changing before our eyes. We are heating it up. The governor of Texas will say “this is an act of God”. In fact it is an act of man.

“As Jim Hansen, the scientist, said on this ship: “We cannot continue to burn all the coal, oil from the tar sands without pushing the planet out of control. It’s time to stop subsiding fossil fuels.

“The quickest way of solving the problem is to tax all fossil fuels and distribute the taxes back to every man and women in the country.

“Within 10 years we’d have a 30% reduction in fuel use and begin to get on top of this most worrying of problems.”