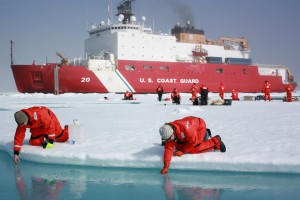 The Wall Street Journal (WSJ) attracted criticism this week after it ran a letter playing down climate change, signed by non-climate specialists.

The controversy started in 2010 when it refused to publish a letter from the climate science community signed by 255 climate experts and members of the National Academy of Science.

On Monday, it published a similar open letter from 16 climate change sceptics from a variety of backgrounds including renowned rocket scientist Burt Rutan, designer of SpaceShipOne, winner of the X-Prize Foundation’s $10 million award for designing a spaceship to carry three people 100km above the Earth’s surface.

The letter (which appeared in the opinion section) was titled: No need to panic about global warming. It was co-signed by a mixture of biochemists, weather forecasters, physicists and engineers.

The article raised eyebrows but it wasn’t until it was pointed out that the paper had turned away a piece (which subsequently appeared in the journal Science) representing the other side of the argument in 2010, that it was accused of steering an agenda.

Predictably, it has been suggested that Rupert Murdoch is the root of this, however, he has spoken out publicly on climate change in the past so these claims are perhaps not entirely valid.

The WSJ did however print a response to the No need to panic…article (in the Letters section) signed by 38 climate scientists on Wednesday.

Professor Chris Rapley, one of the signatories of this letter told RTCC bias has a strong role to play in the disparity between the reality of climate science, and how it is presented in the mainstream media.

“There is a strong correlation between people who don’t believe or don’t want to believe that climate is changing with humans now the primary driver and those who believe in deregulated markets, small government, anti-environmental and anti-“liberal” world view.

“This is especially relevant in the US where the issue of climate change has become so shrill, nasty, partisan and unedifying.”

American climate scientist Katharine Hayhoe described some of the unsavoury manifestations of this in an interview with RTCC last month.

Rapley says the disconnect between science and the press is exacerbated by three factors. Firstly, that the media likes to frame issues within a debate, which has a polarising effect. Secondly, the majority of journalists don’t know any science and have little concept of how science works. Lastly, he concedes that most scientists don’t know anything about journalism.

“Some of us are working at it – acting as brokers. But we know that the “information deficit” model in which non-experts are empty vessels who just need to be filled with the facts at which point they will “get it”, doesn’t work,” says Rapley.

“The answer is to collaborate with those who have a recognised societal role in provoking new thinking; writers, playwrights, artists, singers and journalists. The role of the scientists is to stand in the background but ensure that the science content is true and defensible. The role is to engage, inform, let people make up their own minds,” he says.

“In my view scientists run into trouble if they shift into advocacy and especially activism, although I have many colleagues who disagree, pointing out that they are both citizens and scientists. My view is that it is difficult for others to keep the two role distinct and separate,” concludes Rapley.

There is however a pitfall to this approach, as those lobbying against the science appear less likely to apply the same rules.

“It is very difficult to be genuinely impartial. Any of us can slip into the trap of confirmation bias. In my experience, the climate scientists I know try hard to patrol their impartiality. I see little or no evidence of that commitment in those who strongly and actively “disagree” – quite the contrary they constantly cherry pick information then try to divert attention by accusing us scientists of group think and intimidation.”