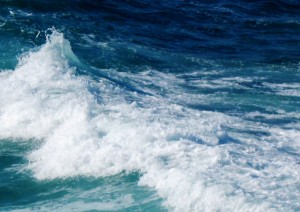 The world’s oceans will absorb lower amounts of carbon dioxide as they warm, an expert has told RTCC.

Currently the oceans absorb between 35-42% of all CO2 emitted into the atmosphere.

They also absorb around 90% of the excess heat energy caused from rising greenhouse gases, which cause surface temperatures to rise.

But Professor Nathan Bindoff, project leader of the Antarctic Climate and Ecosystems Cooperative Research Centre (ACE CRC) oceans programme Australia has told RTCC that as temperatures of oceans rise, they will become less able to absorb the carbon dioxide emitted by human activities.

“The oceans are providing a service to mankind by actually actively storing the carbon dioxide in the ocean itself,” Professor Bindoff said.

“The consequence of this is that it makes it harder for the oceans to take up carbon dioxide as efficiently as it has done in the past. What this means is the capacity of the ocean to take up the carbon dioxide will reduce into the future.”

While Bindoff says he cannot see a point when the oceans would stop absorbing CO2 entirely, the growing inability of the oceans to absorb as much carbon as they currently do will have adverse effects.

Those gases will remain in the atmosphere, further warming the planet.

“If you look into models of the earth’s system – oceans and atmosphere together – they all project that the efficiency of the carbon uptake by the oceans will decline as we go into the future,” he said. “So the fraction, which sits at roughly a third of atmospheric emissions, will go down.”

“That’s a concern because it means as we continue to emit carbon dioxide into the atmosphere those emissions will tend to be held more strongly in the atmosphere or in other sinks of carbon but the oceans will play a lesser role.”