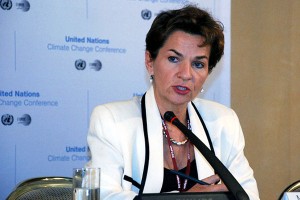 An appeal has gone out from the UNFCCC to help locate the best venue for its Climate Technology Centre (CTC).

The CTC and its attached Network will be responsible for implementing the Technology Mechanism (TM).

The TM process is designed to stimulate the development and spread of technologies to help developing nations adapt to and mitigate climate change.

“At the UN Climate Change Conference in Durban, governments gave themselves a heavy workload for 2012, and the call for proposals is the first big follow-on step from that meeting,” said UNFCCC Executive Secretary Christiana Figueres.

“It is also a major step towards delivering real and tangible transfer of technologies and know-how to developing countries.

“Governments decided in Durban to launch the selection process of the host of the CTC, which is an important step to make the TM become fully operational in 2012, so we should very soon see concrete results,” she added.

Figueres recently wrote exclusively for RTCC on the importance of technology for climate action.

The secretariat has called on interested organisations, including consortia of organisations, to submit their proposals for hosting the Climate Technology Centre by March 16 of this year.

Further information can be found on the UNFCCC website.

VIDEO: The UNFCCC Momentum for Change project highlights how innovation on any scale can make a difference in developing nations.