BP: Renewables growing but fossil fuels to dominate until 2030 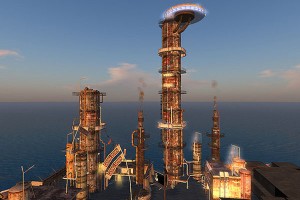 Fossil fuel energy will continue to dominate according to the BP 2030 report (Source: flickr/Wyatt Wellman)

Fossil fuels are likely to continue to dominate energy supply in 2030 but clean energy from renewables and nuclear generation will be the fastest growing source of energy, according to the BP Energy Outlook 2030.

Combined the two low-carbon energy sources will grow by 18% from now under current policy.

The report predicts significant growth for gas, with developing economies, particularly those in Europe, leading the charge. Countries with strong regulation, a carbon price and restrictions on permits for coal powered plants will cut the fastest.

The company also predicts a continuing rise in emissions.

“This does not mean BP downplays the importance of climate change or the role of energy security in international relations,” writes BP Group CEO, Bob Dudley in the report’s foreword.

“Rather, it reflects a ‘to the best of our knowledge’ assessment of the world’s likely path from today’s vantage point. To me personally, it is a wake-up call, not something any of us would like to see happening.”

The findings also show an increase of 57% in shale gas consumption in North America bringing the continent closer to energy independence.

China and Europe show much weaker growth in the so-called unconventional gas.