Water on wheels for the developing world

One designer aims to provide an innovative solution to the growing problem of access to water in the developing world, with a new brand of motorcycle. 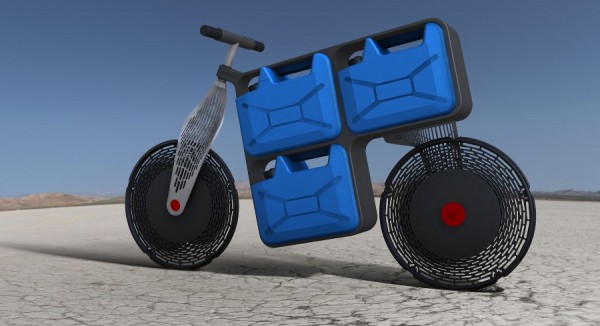 Approximately 1.2 billion people, that’s one in six, currently live without access to clean water, a figure set to rise to over 5 billion by 2025.

Around 42 thousand people die every week from water borne diseases.

Water supplies in the developing world, are often located far from town and villages, and with the impacts of climate change hitting many of these communities, whatever water supply they do have is often disrupted leaving them to travel even further distances. 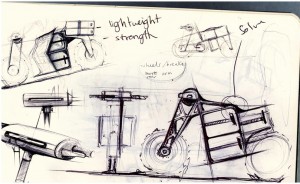 This is turn has a huge social and economic impact on communities and vulnerable groups – women and children – are most at risk, not only from dirty water use, but the process of collecting the water.

It is often left to women and children to make arduous journeys to collect water, risking injury and attacks, as well as missing school and work.

Fernando Ocana, now lead-designer at Electric Car Company Think, used the Honda sponsored designing “mobility for the masses” project to take a look at this group and create a design which could go some way to improving the situation, as well as raising awareness.

The Honda 1+ motorcycle design was inspired by the simplicity of the bicycle and aims at producing an ‘easy to produce’ and ‘easy to maintain’ transport tool. 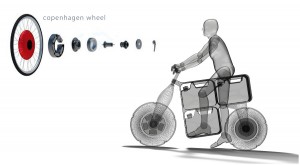 “The formal design is inspired by the creative usage of what is available at hand, a common approach for the developing-world scenario,” Ocana told RTCC. “As the jerrycan is the standard water container, the idea was to design the vehicle around its already-established shape.”

“The use of rough plastic and the overall simplicity of the vehicle is inspired by low-cost, long-lasting and low-weight products that contrast the short lifecycles of first world products.”

The design works around the need for it hold the water containers – which can be removed and replaced as users fill up their jerrycan. 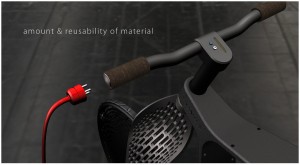 The wheels are made of rubber to absorb any shocks and impacts, acting as the motorcycle’s suspension system.

They are designed without tyres and can be wrapped with left over materials such as old tires, leather or fabric – whatever a user has to hand.

The wheels also contain the battery and engine which has been designed to meet the renewable energy capacity in the developing world.

“The idea for the in-wheel electric engine and batteries came as an attempt to match the intensive developments in solar and wind power that are taking part through developing regions such as central Africa,” said Ocana.

“While I do not pretend this vehicle will solve the issues on its own (well drilling should be at the top of our priorities) its ambition is to improve someone’s life and thus increase his or her chances to become a proactive member of his or her society,” he added.

Ocana, a Mexican designer, developed the concept while a student at the Royal College of Art in London.

VIDEO: Check out this video explaining more about the project and the concept behind the Honda 1+ deisgn: