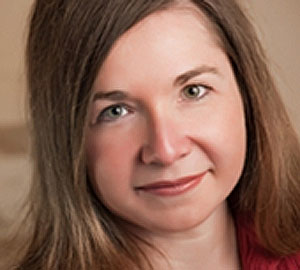 US climate scientist Katharine Hayhoe made the headlines this week after a chapter she had written for Newt Gingrich’s new book was unceremoniously dropped.

Hayhoe had been asked to write an article outlining the basic facts of climate change.

But pressure from influential talk-show host Rush Limbaugh and other commentators who targeted Hayhoe led to Gingrich deciding a chapter on climate change would be damaging to his campaign to win the Republican Presidential nomination.

Hayhoe spoke to RTCC a few days after the story broke. She explained what was in the controversial chapter, the increasing hatred towards climate science in the USA, and her work in speaking to individuals and communities about the impending danger that climate change represents.

RTCC: What was so controversial about this chapter?

Hayhoe: As you probably know, the science of climate change has become so polarised, to the point where there’s this chasm, this enormous divide between people who believe it’s happening because of human interference in the climate system and people who don’t.

RTCC: You strike me as someone who isn’t necessarily a polarising character….?

Hayhoe: I don’t see myself as being on any one side of this divide, but what people are doing is forcing a decision. I put myself squarely in the middle – my husband is a pastor, a Christian author and I share most conservative values with people.

I’m a Christian myself but at the same time I am a climate scientist, and I study what’s really going on in the world, which I believe the truth has been revealed in God’s creation…so these are terms that people can identify with.

RTCC: In terms of climate science in the US…is it hyperbole to say that scientists are feeling under threat?

Hayhoe: Oh my goodness – that’s not a hyperbole at all. For example, with this freedom of information request, they were trying to show that I was an activist, because I wrote a book chapter in my field to be published by an academic press.

And by that token any professor can be called an activist, and that’s a very dangerous, slippery road to be on.

Over the last six months – I’ve always had a low level of hate mail – that’s what goes with the game, but ever since I had an interview in the Guardian – how to talk to a climate sceptic…and another article in the LA Times – ever since those pieces came out my hate-mail has increased exponentially.

I open up my mail in the morning and delete 10, read one, delete 10 more, read one. There are blogs that are devoted to blogging about how I’ve lied about X, Y and Z. Somebody filed a complaint with the Press Complaints Commission in the UK stating I had lied, by saying that winter temperatures in Texas are getting warmer, which they certainly are.

The abuse, the virulence, the hatred is astonishing. And much of it is coming from people who share much of the same values as I do, and that’s what is so hurtful about it. It’s a wholestyle rejection – you can be right for 99/100, but if you differ on point 100 you deserve anything that people give you.

I mean I got an email the other day so obscene I had to file a police report. They mentioned my child. It had all kinds of sexual perversions in it – it just makes your skin crawl, but I take heart from the fact that my colleagues have gone before me – this is not unusual.

But I think it is a little unusual for this to be happening to a woman, and also to someone who is trying to bridge the gap.

RTCC: Do you think that Newt Gingrich and other politicians taking part in the Republican Primaries completely disbelieve the climate science, or is this atmosphere forcing them to adopt different positions…?

Hayhoe: Well I can’t really comment on what they’re feeling because I’ve never talked to them. But I think that when you look at their track record people have said one thing and then they have said another thing later. So it’s fairly clear that many people have changed what they are saying.

The political forum is the most obvious, because it has the most people, but it’s happening everywhere. That’s why I talk to people – I go to christian colleges and churches and seniors’ homes and talk to people.

I’ve talked to people for so long I know what their questions are – and I know that they are generally interested – this topic is always in the press. By talking to people I can get a completely different reaction.

I can tell people who I am, and I can understand what they are saying – and have a very cordial and respectful dialogue – to the point where among all the hate I got one of the nicest emails I have ever got.

Last year I went to speak to a bunch of petroleum engineers in the middle of Texas, which is the heart of oil country.

Most of them disagreed with what I had to say, but I got an email in the past week from one of them who said ‘I still disagree, but I just wanted to tell you that you don’t deserve anything that they are saying about you because you were courteous, respectful towards me and I felt we had a good interaction’, and I thought – that was the best email.

We can still disagree but we can still talk about it and we can still respect each other. That email embodies what is missing in the larger dialogue.

RTCC: And what does the future hold for your chapter….?

Hayhoe: I’m sure it will find a good home sometime…I have no immediate plans but I’m sure something will happen.

FACEBOOK DEBATE: What’s behind the attacks on climate science?

RTCC VIDEO: Michael Jarraud, head of the World Meteorological Organisation, explains how their research is building a clear picture of the long-term effects of climate change