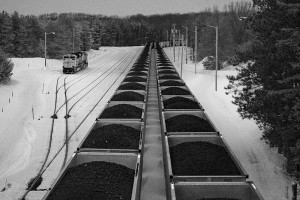 The EU ETS is applicable to heavy industry and as of January 2012, aviation passing through EU airports. (Source: wsilver)

The European carbon price soared following the EU’s announcement that it would intervene to prevent an oversupply in the market.

The vote on Tuesday means that no new carbon credits would be released in the third stage of the EU Emissions Trading Scheme (ETS) that was scheduled in 2013.

The price of an emissions allowance of one ton of CO2 rose 18.8% on Tuesday after the news broke that the EU would withhold 1.4 billion allowances to limit supply and raise prices. It rose from €7.38 to €8.77.

The move by the EU has been welcomed by industry as a signal of commitment to carbon markets.

“We believe the EU is very committed to this market,” said Scott McGregor, CEO of clean energy project developer Camco. “If you think about it, this has all happened very quickly. Regulations take a while to work through the corridors of any institution or commission. So when you consider that it was only July when the price dropped off and it’s now just December, that’s four months to come in and support the market.

“Our view is that the EU is supportive of the system. Their willingness to include aviation and other sectors is further evidence that they are sticking with their plan,” he added.

On Wednesday the dismissal of the case against the inclusion of international aviation in the EU ETS sent prices back down 7%. From January 2012, all flights landing or taking off in EU airports will be included in the cap and trade scheme.

The US responded by attempting to block the move in the European Court of Justice.