New research: Canada would have made money if it had stayed in Kyoto 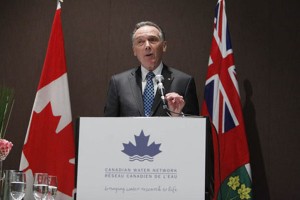 Canada would have made money by staying part of the Kyoto Protocol rather than losing C$13.8 billion as the government stated when it announced its withdrawal from the protocol, new research has found.

The study by Cambridge University’s Centre for Climate Change Mitigation Research (4CMR), part of the Tyndall Centre, found the country would have grown its GDP and created new jobs if it had pursued its Copenhagen pledges and stayed in the Kyoto Protocol.

“Our economic analysis of meeting emissions targets shows that over the medium term, investing in green technologies and keeping money in the domestic economy can lead to increases in GDP and employment,” said Dr Annela Anger, Research Associate at Cambridge University and the Tyndall Centre.

Canada formally announced it intention to leave the Kyoto Protocol on Monday, two days after the conclusion of the UN climate change negotiations in Durban.

“If countries do not invest in meeting Kyoto targets then they are expected to buy all emissions permits above their targets from other countries. This benefits foreign economy but not their own,” said Anger. “Doing nothing about emissions costs the domestic economy, as demonstrated by Canada.”

The research will be published shortly in the International review of Applied Economics.