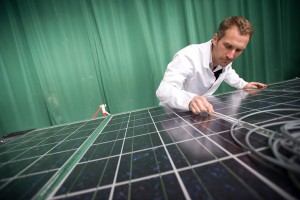 The Durban Platform has too many holes in it for some, leaving business the task of finding ways to ensure it does not fall through the cracks. RTCC examines the response so far from the world’s of finance and commerce.

The priority tracks for business in Durban were the Green Climate Fund (GCF) and the future of carbon markets, which were linked closely to a second commitment period of Kyoto.

So how strong were the signals from Durban and what does business think of the outcome?

“What we’ve got is a clear signal that may be another clear signal in 2015. So Durban was more of a victory for the UN process, than for the global climate,” says Jonathan Grant, PwC sustainability and climate change. “Look at the targets and follow the money. There is no more ambition here than what we saw in Cancun or even Copenhagen. Overall, business will shrug its shoulders over Durban and wait for direction from national capitals.”

The importance of work at a domestic level in the intervening years between now and a formal agreement was echoed by Stephanie Pfeifer, Executive Director of The Institutional Investors Group on Climate Change (IIGCC) in a statement released after the conclusion of talks in Durban.

“As an international agreement begins to take shape, action at a domestic level will remain an important driver of investor behaviour.”

The statement also picked up on one crucial new development for business, the potential inclusion of the US and China in a new global emissions deal. Despite remaining uncertainties and the work left to do in this process, the bottom line is that by 2020, carbon trading could swell to include the two largest markets in the world.

Prior to the talks there was speculation that a disastrous outcome could lead some nations to walk away from the UN process all together.

“Relief was my first thought,” says Ed Matthew, programme director of Transform UK set-up by the consultancy E3G. “I think there was a strong chance these talks were going to completely collapse. I think on a scale of outcomes, the worst has been avoided. There is still an opportunity to build a globally binding agreement. On the face of it, it’s positive.”

“There is no agreement on how the $100bn will be raised. This is not a detail, or political rhetoric. This is a significant practical step to making a global deal work. That’s a really serious issue,” warns Matthew. “It would have been a far more creditable agreement if they had made it clear how the money was going to be raised. There are still major decisions to be made not least how this money is going to be raised to help developing nations curb their emissions.”

Prior to the talks there were calls for a so-called “Robin Hood” tax on financial transactions to be implemented. First put to Leaders of the G20 group of nations in November by Bill Gates, the plan was never a realistic contender.

Even in the early stages of the talks there were concerns that these issues were not getting enough attention. The draft decision document released after COP makes no mention of any source of funding.

This is likely to please the two specific sectors singled out prior to the talks.

Jonathon Counsell, a member of the Air Transport Action Group (ATAG) delegation in Durban, says the inclusion of the aviation industry should be handled across the entire sector.

“It should be done as part of the work that is being progressed within International Civil Aviation Organization (ICAO),” says Counsell. “Any contribution has to be fair and proportionate to the aviation industry’s contribution to global greenhouse emissions. We don’t believe any single sector should be singled out. We believe all sectors should contribute.”

He also says that contributions derived from aviation should be used specifically for mitigation and adaptation work within the aviation sector in the developing world. This would include promoting biofuels, encouraging air traffic control best practices to reduce emissions and research into new aircraft technology. The goal as he points out, is to reduce carbon, not to raise funds.

“It is interesting that many NGOs just see the industry purely as a source of revenues and forget about the key issue we are trying to address i.e. CO2,” he says.

Proponents of fuel levies on shipping or aviation will be disheartened that very little progress, and no written progress was made on this key issue.

Ultimately, the response from business has been the same as else where. A disastrous climax was averted, but we continue to take tentative baby-steps in a race we were already losing. On this, green groups and big business are in agreement.