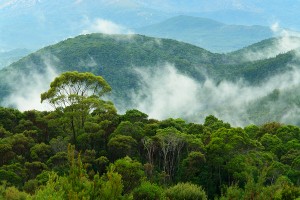 The new forest code passed by the Brazilian Senate late Tuesday (Dec 6) will put its emissions reduction targets at risk and compromise its position on the world stage, according to WWF.

The new laws – passed as the COP17 conference in Durban enters its final days – will reduce the size of buffer zones around rivers and the amount of land that owners must leave forested will decline. Supporters of the move say it will increase Brazil’s food production and simplify the rule for farmers.

But environmental groups say it will damage forests, rivers and wildlife.

Samantha Smith from WWF said this is a disappointing announcement for a country that had previously led the way in cutting emissions in the developing world.

She said: “The thing is this process – even if it hasn’t moved forward as quickly as anybody would like – it has produced some really good things and that is these parallel efforts to reduce deforestation, such as REDD+, which are bringing money into countries to preserve their forests.

“But if Brazil then steps back from everything it has done, steps back from the 11% reduction in deforestation it achieved this year, then that also puts all of those discussions in jeopardy. To understand the dynamic, Brazil is seen as a country that has been the best at avoiding deforestation and that has lived up to its commitments. So this turns that all around.”

In 2009, at the Copenhagen climate conference, Brazil pledged to reduce the rise in its greenhouse gas emissions between 30 to 40%. Central to their plans was to cut the deforestation rate in the country – 80% in the Amazon and 40% in the Cerrado.

Smith said the new rules could see as much as tens of millions of hectares of forests threatened, which could mean a rise in carbon emissions of up to 29 billion tonnes.

She said this would mean the country was increasingly unlikely to meet the targets that it agreed to two years ago, and would also set a clear and negative sign to other developing nations.

She said: “What we are seeing in the outside world and now in these negotiations is this big shift towards the basic countries as a sort of future motor of economic growth and also political power and Brazil is one of the biggest players in this game.

“So if Brazil – who has been pretty constructive in these negotiations – pulls back from what it has been doing, if it pulls away from its own ability to meet its commitments that’s very serious because then other countries who have been working to reduce deforestation, countries that are poorer than Brazil they will get discouraged.”

She also warned there could be a domino effect with other countries from the BASIC group.

“We also need to talk about what countries do at home. And if you look at what developing countries are doing at home they are doing more in many instances than developed countries to cut their emissions. So if one country stops doing that at home then that has an impact on other countries and it also impacts these negotiations.”

While passed by the Senate, the Brazilian President Dilma Rousseff – who has previously shown leadership on cutting carbon emissions and forestry protection – could still block the new laws.