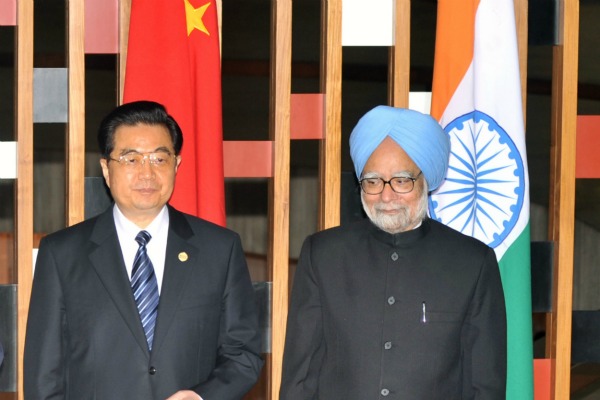 The number of statistics about China bandied around by opponents of climate action is astounding in its own right.

Depending on who you talk to the country is opening a new coal power plant every month, every week, every month. As the country’s middle classes swelled, so too did its emissions. In the past the country has fiercely protected its right to this development and it’s record of cooperation during the UNFCCC process is far from unblemished.

Then last week from nowhere, lead negotiator Su Wei said that the country wanted to talk with the EU about the possibility of taking on an obligation to cut emissions.

With the US stating repeatedly that it will not sign-up to any commitment without all the other major emitters, all eyes turned to India.

But how fair is it to treat the two countries the same in the context of the negotiations.

“India is not a major emitter. It just happens to be a very large country,” says JM Mauskar, special secretary with the Indian Ministry of Environment. “India has a very low carbon footprint and it remains a very poor country.”

This is no sob story. The numbers back him up. China’s CO2 emissions per head of population are almost three times higher than India’s. While China’s are comparable to Sweden and Portugal, India’s are akin to those of Honduras, Namibia and Gabon. India has 400 million people living without electricity, China has around 70 million. You get the idea.

The Indian GDP per capita is almost identical to that of Africa’s. No one is expecting all of Africa to match China’s commitments. Perhaps if India negotiated in 30 discrete blocks things would be different. As it stands, it represents a lot of carbon dioxide emissions, in one neat and tidy delegation.

“You can’t compare China and India,” says Kartikeya Singh, CIERP Junior Associate at the Fletcher School who is also serving as an advisor to government delegations in Durban. “It’s convenient to compare them side-by-side because of their mammoth populations but the reality from an energy and emissions perspective, is quite different. They have fast growing economies too and all of these indicators make people want to put them together in a club.”

Both also suffer from an assumption that they are both doing very little about climate change. A myth that is perpetuated by the “coal plant” statistic.

“China is doing jaw-dropping emissions reduction work, they have made huge cuts by shutting down many polluting industries and putting in place policies to advance their “scientific” approach to development. Neither India or China are good at communicating what they are doing,” says Singh.

The US, many other people’s nominees for the climate enemy number one, is in a similar situation. While its progress in multi-lateral international talks has been fairly stagnant, there is plenty of action in the US as well.

In the US, climate change is not viewed by as a major voting issue by the vast majority of the electorate. In India, as more time progresses, we can expect voters to demand more and more action from their government. Climate change is not about faraway islands dipping below sea level or notional warming evidenced only by scientific data sets. It’s about survival.

“People in India understand environmental sustainability is important. Climate change is not viewed in the traditional way that it is in the West. It’s more about water resources and electricity access for example. It’s about what people see on the ground on a daily basis. Which brings you back to development. As a voting issue it doesn’t just come down to climate change,” says Singh.

At the moment, India is certainly not the new China, but it is heir to the throne. It has a unique opportunity to continue its development and build green economy simultaneously. As that continues, expect its stance at the COP to evolve just as China’s has.