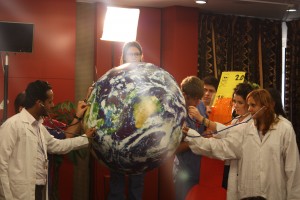 Health leaders gathering in Durban have warned that without a strong commitment at the COP17 conference, billions of lives could be at risk as they announced a “public health alert”.

Over 200 leaders from more than 30 countries have issued a Declaration and Call to Action following a Global Climate and Health Summit.

They say the current estimates by the World Health Organisation (WHO) – which estimated 150,000 deaths per year from climate related impacts – are now outdated and the figure could be much higher with many of the impacts already being felt across the world.

Dr Hugh Montgomery, from the Climate and Health Council UK worries that the health community is not being heard by the delegations attending the conference this week.

Speaking to RTCC he said: “I have no idea how to get this to politicians because – and this is not a political comment – we are generally so divorced from the people who make decisions in our countries. It is understandable, they are very very busy for example in Britain with a massive economic crisis in their own country and in Europe and around the world along with health, education, conflict and there isn’t a space in their diaries to hear from people such as ourselves.

“The problem with that is trying to find out where to feed this kind of information in a way that doesn’t eventually just run out of energy in meeting those decision makers or become diluted in the process is very difficult.”

The experts warned that the effects of climate change were already being felt around the world, at a 0.7˚C rise and with many experts saying that countries are becoming more and more unlikely to remain on a pathway below 2˚C and predictions varying from between 3˚C to 7˚C rises, they say the health impacts will be much worse.

And these impacts could mean a huge bill for the health service. For example a report out last month estimated that the cost on the health impacts of climate change over the last decade cost the US $14 billion.

Montgomery said: “This is an emergency, it is a crisis but it is not understood by our negotiators.”