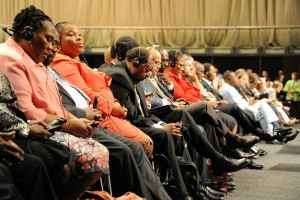 The US and Japan joined a chorus of objections to the $100bn Green Climate Fund’s proposed design during a heated session in Durban.

Issues over the use of private sector money and controversial fundraising mechanisms such as the financial transaction tax dominated discussions.

The US and Japan has stated categorically that they do not want to hold any discussions over a single source of funding, such as the so-called Robin Hood tax on banking transactions. Instead they insist that each individual country should be allowed to raise its share of the GCF. This national approach would also appear to rule out a system of international levies on shipping or aviation progressing in Durban.

Meanwhile a diverse range of parties including Venezuela, Saudi Arabia and Egypt objected to the use of private sector money for the fund, which it is hoped will be worth $100bn per year by 2020. The current so-called fast start finance is worth $10 billion a year till 2012.

Less developed nations are also concerned that the use of private sector finance could see control and outcomes of projects farmed out to the corporations sponsoring them, rather than being in the hands of the governments on the ground.

“There’s a huge gap to close,” said Ilana Solomon, senior policy analyst with ActionAid USA. “The big question is whether discussions will continue productively or unravel.

“The good news is that despite their differences, all parties want to see progress,” said Solomon.

This statement was backed up by US negotiator Jonathan Pershing who has described the GCF as potentially “a major global institution for climate finance…if it is designed properly”.

The fate of the GCF will now be decided behind closed doors, although COP17 President Maite Mashabane sought to assure observers that this process would remain inclusive and transparent.