Green Climate Fund is “a matter of survival” for millions 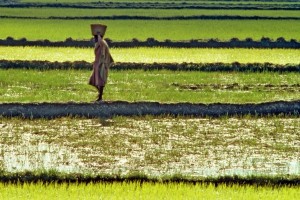 In the build-up to Durban the Green Climate Fund (GCF) was given top-billing alongside the potential second commitment period of Kyoto. While the latter dominated conversations in the initial stages of the talks, it is the GCF that was arguably the predominant talking point in the halls of the convention centre on Thursday morning. Having undergone intense debate on Wednesday evening without a resolution, the question now is what future does the GCF face?

“There are millions of people’s lives under threat. If we don’t get an agreement towards establishing the GCF quickly we believe that the numerous problems we face in Africa now will grow. The gap in funding will spread and lives will be lost,” says Mbarak Diop, Chief Safeguard Policy Officer, African Development Bank.

“Look at our coastal regions, agriculture, low-frequency high-magnitude events, floods, droughts, groundwater issues. This is a matter of survival. The world must conclude an agreement on the climate fund. This is the voice of Africa.”

“This can be mutually beneficial. There are strong economic linkages. It would be a mistake not to invest because of the global economic crisis. That is an argument that should not be heard. The way forward is to look beyond the developed world’s funding and to diversify sources. Taxes, innovative financing, philanthropy,” says Diop.

With the source of funding for the GCF one of the many sticking points on Wednesday, coming to any agreement on the GCF could be a challenge.

“The operationalisation of the GCF is a key component of a successful outcome in Durban,” says Ilana Solomon, senior policy advisor with ActionAid. “The question now is whether the discussions will continue productively, or unravel.

One bone of contention in Wednesday’s talks was the role of the private sector in financing the fund.

“If projects are going to be funded by large corporations and multinationals the question is who owns and drives these projects? ActionAid wants to see the needs of developing countries addressed. Those needs don’t always comply with those of private companies.”

There are of course benefits to involving big business in filling up the coffers of the GCF.

“The most obvious is scale,” says Gareth Phillips of Sindicatum and board member of the Climate Markets and Investment Association (CMIA).

“There is a lack of finance on that scale from governments at the moment but the money that is sitting with institutional investors, pensions and insurance companies and so on, has to go somewhere. If we can provide the right kind of mechanisms, then as we have already seen with the CDM this money can be invested into suitable projects. For that to happen it would be helpful if there was a clear indication on a role for market based mechanisms and a clear set of rules. The CDM has shown us how effective the right rules can be.”

Those rules are also part of the discussions in Durban at present. Phillips says that with the right rules in place, the private sector could deploy this capital very efficiently.

“We can move very quickly. That’s what we do, we find the opportunities where we can invest the money and provide a range of benefits. Clearly profit is one of those key elements. But we can also respond to signals for sustainable development and the creation of other kinds of commodities and desirables,” claims Phillips.

“A third very important area is the ability of private sector to deploy new technologies. Issues around the protection of IP would need to be progressed first. But, if that can be achieved, the private sector can come forward and finance these technologies and help countries leapfrog into a cleaner development pathway.”

Discussions on the GCF will continue behind closed doors with all parties publicly stating their desire to secure a deal in Durban. There are millions outside of those doors that desperately need a positive result.