Qatar announced as host of COP18 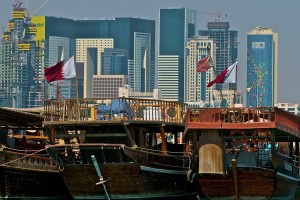 Qatar will be the first OPEC nation to host a COP conference (Source: flickr/Larry Johnson)

Qatar will host the UN climate change negotiations next year making it the first OPEC nation to do so, it has been announced.

Speculation had suggested that either South Korea or Qatar would be selected as the representative of the UN’s Asian chapter. However, the two countries have agreed to share the responsibilities with South Korea holding the pre-COP18 Ministerial meeting.

“I congratulate these two countries on their commitment to work together in the lead up to and during the COP. Both countries are leaders in their own ways, and can generate strong synergies to put the world on a more climate-safe path,” said UNFCCC chief Christiana Figueres.

Sceptics will cast doubt on the host nation’s impartiality during COP18 given that it is a major oil producer and has the third largest gas reserves in the world.

Qatar has embarked on a major diplomatic and public relations exercise in recent years. The Al Jazeera Network has developed a very high profile and has been praised for its coverage of developing countries. It will host the Fifa World Cup in 2022 and has recently boosted its diplomatic efforts in the region. It also took a lead role in recent operations in Libya.