UK minister: We must pursue 2015 roadmap for Kyoto 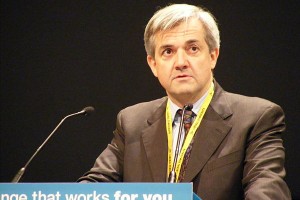 Chris Huhne says the UK will work to have a deal on Kyoto by 2015 (source: Wikimedia/David Spender)

The UK will continue to press for a global climate change commitment by 2015, according to Secretary of State for Energy and Climate Change Chris Huhne.

The country will also apply pressure to the EU for an emissions reduction target of 30% b 2020 from 1990 levels.

“The time for wishful thinking is over. The science says we need a [global] deal by 2020 and we must follow the science,” said Huhne, speaking at Imperial College London’s Grantham Institute. “That means that we need a deal in place by 2015 at the latest.”

Huhne also refuted claims that the international climate negotiations had made slow progress.

“If you look at other global talks, nuclear non-proliferation and the World Trade Organisation for example, you see that actually we are making good progress.

“There will have to be compromise in Durban. The UK and the EU want a second commitment period. We do not believe that letting Kyoto run down will help the planet, or our green economies. But the EU has already surpassed its Kyoto target. If it signs up alone, without commitments from the other major players – the other big emitters and emerging economies – then we will not have moved very far forward.

“At Durban, we need major economies to commit to a global legally binding framework – building on what Kyoto started, but going much broader. And we need negotiations on this new agreement to complete as soon as possible, and by 2015 at the latest,” he said, also making the case for a “non-binary” approach where a country is either developed or developing.

“We need to move to a system that reflects the genuine diversity of responsibility and capacity,” said Huhne adding that in 5-10 years’ time not all countries should be making the same commitments.

A second Kyoto period will be top of the agenda at the COP17 talks in Durban beginning next week.

The road to COP17: The UK’s lead climate diplomat assesses summit for RTCC