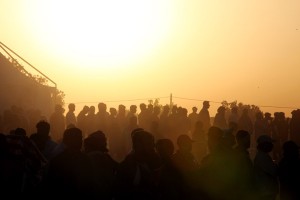 The target of limiting warming to two degrees by 2020 is still achievable if governments accelerate their climate action, according to a report released by UN Environment Programme (UNEP) today.

The study says that the roll-out of renewables and heightened energy efficiency programmes are required to ensure the gap between current emissions and these required to limit warming to two degrees can be achieved.

The Bridging the Emissions Gap report also warns of the consequences if further action is not taken. Under its business as usual scenario, annual emissions would be 12 Gigatonnes of carbon dioxide equivalent (GtCO2e). The most optimistic estimate now puts the emissions gap at six GtCO2e.

According to a report in the Guardian Achim Steiner, the head of UNEP, criticised countries planning to defer a binding global deal until 2020.

It quoted him as saying: “Those countries that are currently talking about deferring an agreement [to come into force] in 2020 are essentially saying we are taking you from high risk to very high risk in terms of the effects of global warming.

“This is a choice – a political choice. Our role, working with the scientific community, is to bring to the attention of the global public that this is the risk that policymakers and governments will expose us to.”

His views were echoed by UNFCCC exective secretary Christiana Figueres, who said the report should focus the mind of delegates heading to Durban.

“This study, again, reminds us that efforts to address climate change are currently still insufficient,” she said.

“But it also shows that it is possible for governments to bridge the gap between what they have promised and what needs to be done to stay below a two-degrees Celsius average global temperature rise.”

A recent IEA report claimed that the two degree target would be unachievable by 2017 without drastic action.

As the UNFCCC climate change talks in Durban approach it is the funding gap rather than the emissions gap that is likely to dominate with the proposed $100 billion Green Climate Fund up for debate.

“In Durban, governments need to resolve the immediate future of the Kyoto Protocol, define the longer path towards a global, binding climate agreement, launch the agreed institutional network to support developing countries in their response to the climate challenge, and set out a path to deliver the long-term funding that will pay for that,” added Figueres.