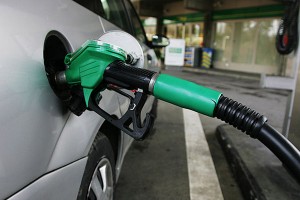 The UK will need to replace 4.3 million tonnes of oil with renewable energy to hit its targets (Source: Wikimedia/Rama)

Investment in domestic biofuel production is the best immediate solution to meeting renewable transport targets in the UK, according to a new report.

The research by the National Centre for Biorenewable Energy, Fuels and Materials (NNFCC) calls for as much as £895 million to be invested in the UK biofuel industry.

“This report highlights the necessity for increased investment in advanced biofuels, which could meet almost half of our renewable transport needs by the end of the decade,” he added.

Recent figures showed that there are only 1107 electric cars registered in the UK.

Critics of biofuels claim that the use of certain crops drastically reduces food cultivation. In the US, 40% of the corn produced is used to make ethanol-based biofuels.

The UK is committed to sourcing 10% of the energy it uses for road and rail transport from renewable sources by 2020 as part of the EU’s Renewable Energy Directive (RED). This is the equivalent of replacing 4.3 million tonnes of oil.

The NNFCC report calls for increased construction of production centres in the UK and the development of domestic feedstock supplies for those plants. This would create 6000 jobs during construction and more than 2000 during the operation of plants and their related supply chains.

With the spotlight in the UK on electricity generation reform, it could prove challenging to attract public money into biofuel development, particularly as budgets are squeezed. A recent study by Ernst & Young estimates that the austerity measures among the ten big green spending governments could cut £23.5 billion from climate spending.

Funding issues will be top of the agenda at the COP17 climate change negotiations in Durban later this month with the development of the $100 billion Green Climate Fund central to progress.