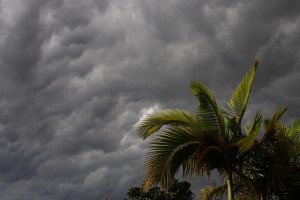 Intensifying climate change will make extreme weather events more likely, according to the latest report from the Intergovernmental Panel on Climate Change (IPCC).

The report – Special Report on Managing the Risks of Extreme Events and Disasters to Advance Climate Change Adaptation – marks the move of scientists away from looking at subtle temperature changes to the much harder to analyse extreme weather events, and the IPCC say the world could see more rainfall, heat waves and droughts, as well as rising costs to deal with them.

Speaking at the launch of the report summary for policy makers, in Kampala, Uganda today (18 Nov) Dr Rajendra Pachauri, Chair of the IPCC said: “We want policy makers to pick up several areas of this report to come up with actions at all levels; national, regional and international.”

He also said he “would hope and certainly wish that in Durban they will provide the IPCC the opportunity to present their findings on the report”.

While not being able to confirm 100% that individual extreme weather events are attributed to the rise in greenhouse gas emissions, the researchers found it “very likely” that the changing climate had and would continue to influence weather patterns.

“The report is a stark reminder of the extent to which rising greenhouse gas concentrations and the ensuing rise in global average temperatures are already leading to increased incidences of floods and heat waves,” said UNFCCC chief Christiana Figueres.

“Governments meeting in Durban for the UN Climate Change Conference must therefore finalise the institutional framework agreed last year in Mexico that can help developing countries adapt to the dire effects of climate change and to curb their emissions,” she said. “All countries must both answer the question of the future of the Kyoto Protocol and map out a pathway towards a broader, more ambitious, binding global climate change agreement.”

The report stated that it is “virtually certain” (99-100% probability) that more regions in the world would experience increases in warmer days and a decrease in colder days.

It also found that it is “likely” (66-100% probability) that anthropogenic influences will lead to an intensification of extreme precipitation on a global scale – although there was still “limited to medium” evidence available to access how these climate driven changes impact the frequency of flooding on a regional scale.

And while average tropical cyclone maximum wind speeds are “likely” to increase, this will not occur in all ocean basins and it is “likely” the global frequency of tropical cyclones will remain essentially unchanged or even decrease.

Stocker said: “Extreme weather events are some of the most complex thing to simulate, understand and predict in future times…The science is young but our understanding is growing rapidly.”

The report highlighted the need for a joined up approach to the physical basis for predicting risk, adaptation measures and disaster reduction – noting that while 90% of the economic impacts from disasters is felt in the developed world, 95% of fatalities occur in developing countries.

The sectors which would have the greatest impact from climate change are those related to climate including water, agriculture, food, forestry, health and tourism and the report found a medium likelihood that extreme events could influence population mobility and drive relocation, affecting both host and origin communities.

Chris Field, Co-chair of the IPCC’s Working Group II said he wanted to see a way for the prediction of the changes to interact with opportunities in managing risk and strategies for improving people’s livelihoods and well being.

He said: “We hope this report can be a scientific foundation for sound decisions on infrastructure, urban development, public health, and insurance, as well as for planning—from community organizations to international disaster risk management.”

The complete report will be avaliable in February 2012 and the full summary can be found here.