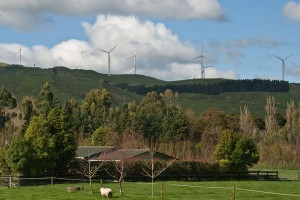 Joint Implementation is one of three market-based instruments introduced under the Kyoto Protocol to enable a state to reduce its carbon emissions.

Together with the Clean Development Mechanism (CDM) and International Emissions Trading, the Joint Implementation forms the core of the UN’s flagship climate change policy.

While similar to the CDM in many ways, there are some fundamental differences between the two schemes, in particular that Joint Implementation is only available to Annex 1 countries – those who have Kyoto targets to meet.

What is the Joint Implementation Mechanism and how does it work?

Agreed under the Kyoto Protocol, the Joint Implementation Mechanism allows Annex 1 countries to earn emissions credits by subsidising an emission-reduction project in another Annex 1 country. Projects under the Joint Implementation mechanism – as with the Clean Development Mechanism – begun in 2005 and to date 35 countries are involved. It allows an industrialised country with an emissions reduction commitment under the Kyoto Protocol to earn emissions reduction units from an emissions project in another industrialised country. Each credit is equivalent to one tonne of CO2 that can be counted towards meeting its reduction target.

How does it vary from the Clean Development Mechanism?

There are four main areas where the JI and the CDM vary. Firstly, the CDM takes place between industrialised countries and developing countries, the JI happens between industrialised countries only. Secondly the JI parties act within a capped environment. Unlike the CDM where there are new units – the Carbon Emissions Reductions (CERs) – the Emission Reduction Units are converted from corresponding Assigned Amount Units – emissions reduction allowances allocated to a national government. While both the CDM and the JI both have to create additional emissions reductions that would not have otherwise happened, the JI offers much for flexibility over how this is achieved. Finally under the JI, unlike the CDM emissions reduction credits are issued by the host party.

A country can participate in the JI if it has binding commitments under the Kyoto Protocol to reduce its greenhouse gas emissions. These are industrialised countries that were members of the Organisation for Economic Development in 1992 and countries with economies in transition including Russia, the Baltic States and most of the Central and European States. These are referred to as the Annex 1 countries. Countries in the former Eastern Bloc have traditionally been a favoured location for projects, where there are plenty of inefficient technologies ripe for upgrading.

What must a country do to be eligible?

For a country to be eligible for a host party to implement a JI project, it must first comply with eligibility requirements. It must be a Party to the Kyoto Protocol, its assigned amount has to have been calculated and recorded according to the relevant provisions and it must have in place a national system for the estimation of greenhouse gas emissions. It must also have in place the relevant national registry for the JI mechanism, it must submit annually the relevant inventory and any supplementary information needed.

Why was it implemented?

An industrialised country with an emission reduction commitment under the Kyoto Protocol can earn emissions reduction units from another industrialised country, which can count towards meeting their reduction target. The underlying idea is that it is cheaper to reduce emissions in one country than another. Under the JI mechanism two developed countries can take advantage of this fact. It offers parties an effective and economical means of fulfilling a part of their Kyoto commitments where the other country can benefit from foreign investment and technology transfer. Countries who may not meet their commitment otherwise can make up the shortfall by purchasing emissions credits from another country.