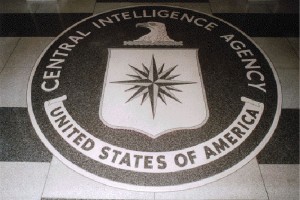 The CIA should be more open with its climate change research as part of a coordinated effort by the US Department of Defence (DoD) to tackle the issue, according to a new report.

The report calls for the CIA’s climate centre to reassess its unilateral work and embrace collaboration.

It also suggests that CIA reports on overseas climate hot spots could provide a diplomatic tool to “build-confidence and promote communication between antagonistic people or states”.

The work of the CIA climate change centre has so far remained classified.

The study by DoD’s Defence Science Board calls for the creation of a new entity to coordinate work across all of the country’s defence agencies.

The new climate change policy board would take a “coordinating role on climate change information from the strategic and operational perspective” and would “compile and assess climate change effects information [sic] across the geographic combatant commands to identify implications for regional stability and the development of global and regional foreign military assistance programs”.

The Defence Science Board also appears to recommend a cautious approach for the country’s response.

“The report emphasizes that the United States cannot enter into an open-ended commitment to dealing with the need to address the near term consequences of climate change or the longer term need for adapting to the change. The United States can provide needed expertise, leadership, and some level of resources where it is in the national interest to do so. To be effective, Department of Defence actions must be part of a comprehensive multi-department approach and in coordination with international efforts.”

While individual departments continue to prepare for an increase in the effects of climate change, US federal climate change policy continues to falter.

US climate negotiator Todd Stern has cast doubt on the prospects of a follow-up commitment period to Kyoto and will go to the COP17 negotiations in Durban with little ambition handed down from the White House.