COMMENT: Consensus on climate change is stronger than ever so why aren’t governments listening? 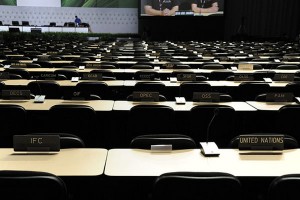 Almost 200 governments will be represented at COP17 but how many are ready to act (Source: UNclimatechange/Flickr)

A journalist arriving late for a press conference is not an uncommon occurrence. I personally don’t do it often. The repercussions are minimal. There’s no time for your pre-conference coffee and you might have to settle for a seat near the back, if it’s busy.

The fact that I was lucky to find a free seat at all at the release of the IEA’s World Energy Outlook says a lot about how the news agenda has changed in recent years. A large chunk of this interest has been generated by climate change.

With the COP17 climate talks in Durban less than three weeks away, it was the ‘c’ word that had journalists reaching for the record button on their Dictaphones. So far it does not appear to provoke the same response from policy makers.

The IEA’s chief economist Fatih Birol talked about several pertinent issues, the supposed golden age for gas, nuclear energy and the revelation that a barrel of oil could hit $150 in the not too distant future. Of all the potential stories that were generated at the conference, it was the declaration that limiting warming to two degrees would be impossible without action by 2017 that caught the media’s attention.

In recent weeks we have heard stark warnings from an independent group of scientists funded by climate sceptics. We have heard representatives of the financial world urging action from the world’s governments.

The dangers of doing nothing are well-documented. Just this week a report has estimated the annual cost of climate inaction to the Canadian economy of up to 25% of its GDP. Climate change related disasters in the US have cost up to $14 million during the last decade, according to academics. The UN Food and Agriculture Organisation says 650 million people in Africa are dependant on climate sensitive agriculture for their food supply. The Asian Development Bank estimates that environmental disasters linked to climate change displaced 30 million people in Asia and the Pacific during 2010.

In some countries the effects of climate change are being felt now. In the current election cycle. This realisation doesn’t seem to have hit home and the issue can be palmed-off “for the next guy” to deal with.

Far too many governments remain among the last large institutions to accept and tackle climate change. The moral high ground has been seized by unlikely players, banks, US Defence Department and now the energy industry. With the IEA yet another voice joining the chorus, how long will it take governments to move the issue up the agenda?

We are about to enter the next round of COP talks with optimism and expectations perhaps as low as they have been since the dramatic end to the Copenhagen summit. The gulf between the universal demands for action and the international policy vacuum is bordering on the obscene.

There comes a point when alarmism turns into realism, risks become disasters and threats become bloodied noses. The stark ultimatum issued by the IEA was by no means hysterical and it will be difficult for detractors to discredit this study and all the others that have come before it. 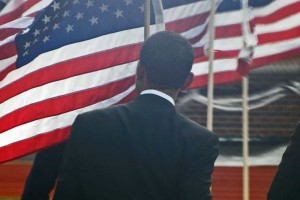 Some say President Obama has turned his back on environmental pledges (Source: Rob Rudloff/Flickr)

They can however, choose to ignore them. If in democratic countries, voters are happy for their elected leaders to ignore the problem, then they will. This is despite uniform clamour from science, industry, finance, the developing world…all of which are taking steps to mitigate and adapt. Those most able to act meanwhile, continue to delay. Many leaders have for years postponed action as they “await consensus”.

Surely this excuse will be inadequate in Durban.

The South Africans are now hardening their line ahead of the COP. The country’s ambassador to Canada has told them to stop “throwing their toys out of the pram” and asked: “Why take a moral high ground before, on the issue of the environment, and suddenly do an about-turn now?”.

Other traditionally hard-liners on climate change have severely softened their language. EU climate commissioner Connie Hedegaard has distanced the bloc from a second period of Kyoto.

So what response from the UK government, one of the key backers of the original Kyoto agreement and a leader in establishing domestic legislation to combat climate change? Climate Change Minister Greg Barker has said that any progress on a global deal will most likely have to wait three years. Which happens to be just after the next general election.