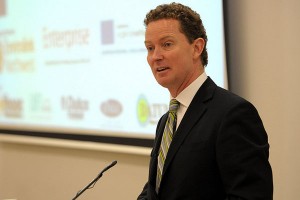 Less than two weeks before the Climate Summit in Durban, UK Energy and Climate Change Minister, Greg Barker has raised further doubts over what the conference will be able to achieve.

With the existing Kyoto Protocol expiring next year, many pinpointed the conference in Durban as the final chance of putting a successor treaty into action. But in recent weeks a deal has begun to look more and more unlikely.

Speaking to Reuters at the World Economic Forum in Mumbai, Barker said: “The reality is, we’re not going to be able to agree a global, binding treaty at Durban. The reality is, it’s unlikely we will be able to do that next year either, and probably not the year after that.

“But what we should do is start agreeing that is where we need to get to, and put in place a framework that allows us to get there in a realistic timetable. We need a global treaty before the end of the decade.”

Some of the main barriers to a deal at Durban next month lie around the responsibility different countries should take. While developing nations want the developed world to take responsibility for historic emissions, industrialised countries also want the emerging economies to curb their increasing output og greenhouse gases.

While Australia and Norway have proposed setting a 2015 deadline for a binding deal, others including Japan and Russia have suggested the date could be pushed back to 2018 or 2020.

But this goes against the International Energy Agency’s warning last week, that the world has just five years before the window of opportunity for limiting temperature rises to within two degrees passes them by.

With record global emissions in 2010, the IEA called for progress at the COP 17 talks in Durban to avoid such severe warming.