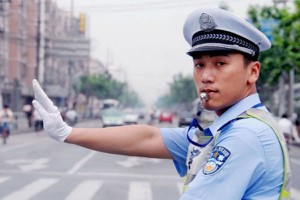 A lot has changed in China since its reported leading role in the collapse of negotiations in Copenhagen.

It has reforested an area of the land the size of Belgium. It has ramped up efficiency measures and is making vast strides in renewable energy.

Despite all of this, it is still painted as the climate change super villain. Small but carbon intensive economies frequently claim the scale of China’s emissions renders their own green initiatives futile. A lazy excuse for inaction. And perhaps one that is no longer valid.

“China’s twelfth five-year plan has some bold targets on energy efficiency and reducing energy intensity,” says Charles Grant, director of the Centre for European Reform, “and unlike the eleventh five-year plan these targets are binding.

The plan also maps out a switch for the economy from carbon-heavy industry to IT, biotechnology and clean energy.

“They take it very seriously. They are the world’s biggest producer of windmills and solar panels. They are doing lots more than the Americans in terms of making their economy more energy efficient and more than some European countries.”

Despite this, the country remains firmly black-listed among most environmental groups.

“In terms of the actual facts, it is the largest emitter and the largest energy user so the scale of emissions in China are greater than a place like Malaysia, even if the growth rates are comparable. But they also have a larger population, on a per capita basis things look quite different.”

According to the World Resources Institute, China’s rank in greenhouse gas emissions per capita is 121 of 185, two places behind Sierra Leone. Malaysia is fourth.

Shortly after the twelfth five-year plan was announced, a further document detailing China’s renewable targets was released. The most notable declaration was a target of 50GW of installed solar energy.

The question in the build-up to Durban is will China bring these ambitious domestic targets to the international stage?

“The developing countries led by China will make one last stand to keep Kyoto and failing that, they’ll look to ensure funding measures like the clean development mechanism,” says Lewis, who doesn’t believe China’s approach to the negotiations has changed much over time.

“They will look after their own self-interests, keep the international process moving forward without making too many concessions and ensure that the US and the other developed countries have lived up to their commitments. I think they will want more or less the same in Durban. Compared to Copenhagen Durban has much lower stakes.

With US leadership sorely lacking, there is a diplomatic opportunity at COP 17 for the Chinese to push progress forward.

But despite their successes at home, question marks still remain over the country’s political will for an international agreement.