$35 billion per year needed to provide clean energy in Africa 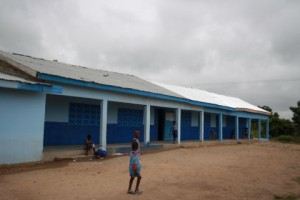 The village of Tomefa in Ghana benefits from solar electricity (PIC: Stephanie Dei)

Africa needs $35 billion investment per year in order to provide clean energy across the continent, according to a report by Christian Aid.

The IMF recently predicted that sub-Saharan Africa’s GDP will grow by 5.3% this year and 5.8% in 2012, and with the continent heavily dependent on fossil fuels, this could come at the expense of huge increases in carbon emissions.

According to Greenpeace COP17 hosts South Africa already relies on coal for the majority of its electricity production, with today’s report noting that renewable makes up only 7.98% of that country’s primary energy supply.

“There is a huge potential for renewable energy across the continent, which is largely untapped,” she said.

“Our report demonstrates that geothermal, small-scale hydro, solar, wind, tidal and biomass fuels, including agricultural wastes, all offer significant potential for delivering both basic needs and for unlocking economic growth.”

“The funding must be reliable and substantial. It is estimated that about $20bn per year is needed to deliver basic energy to all by 2030, and $30-35bn a year to deliver a higher level of low-carbon development.”

Discussions over funding are expected to dominate the COP17 climate summit in Durban later this month, with the Technology Mechanism and Green Climate Fund requiring financial commitments from Annex-I states.