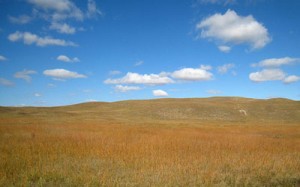 Opponents of the pipeline, including the envionmental group Natural Resources Defense Council (NDRC), have voiced concerns that it could threaten already endangered species on the ecologically important Nebraska Sandhills.

They believe the State Department’s Environmental Impact Statement – released in August 2011 and finding “no significant environmental impact” was insufficient.

On Monday (7 Nov) the State Department’s inspector general announced a review of the administration’s handling of the proposed pipeline, after opponents and environmentalists express concern that Cardno Entrix, a company hired to conduct the environmental impact statements, had financial ties to TransCanada.

TransCanada have welcomed the review despite it being expected to push a decision on the pipeline back even further into next year. Choosing an alternative route would also delay any decision as it would require a new envrionmental impact study.

The environmental assessment of the original proposed route aimed to evaluate a number of impact areas including geology, soil and sediments, water resources, wetlands, vegetation, wildlife, fisheries and threatened and endangered species – as well as the impact of any potential spills.

Elizabeth Slope from the NRDC said: “The State Department has been rushing through their analysis of the Keystone XL tar sands pipeline, and has failed to analyze many of the environmental threats that the pipeline would pose, including pipeline safety and the possibility of a spill into the Ogallala Aquifer. The potential impacts of a tar sands oil spill are significant.”

If installed the pipeline will run 2000 miles from Alberta, Canada to the US Gulf Coast. This puts it in the direct vicinity of rivers and streams across America, but most importantly the Ogallala Aquifer in Nebraska.

Not only does the area provide drinking and irrigation water for millions of American it is also home to the Nebraska Sandhills – the largest wetland ecosystem in the United States and designated an ecoregion by WWF.

Slope says the positioning of the pipeline will put a delicate ecosystem in jeopardy: “The Nebraska Sandhills are a rich but fragile ecosystem; in additional to the risks of a spill from operating the pipeline, impacts from construction of the pipeline could include significant erosion and harm the already endangered American Burying Beetle”, she said.

The flow of oil through the pipeline will warm the soil in the immediate vicinity which could have adverse effects when the beetles burying themselves in the soil and hibernate in the winter.

While the Environmental Impact Statement found over 20 endangered species living in the vicinity of the pipeline, only the Burying Beetle is expected to experience severe impacts, and a formal consultation with the United States Fish and Wildlife Service proposed TransCanada provide funding for conservation efforts and habitat restoration.

Several other species under federal protection are know or thought to be in the vicinity of the pipeline route and measures have been developed to avoid or minimize potential impacts to these species, according to the Statement.

Following its release Russ Girling, TransCanada’s Chief Executive Officer said: “We recognize the importance of Nebraska’s water and natural resources and would never put them at risk and we remain open to discussion over ways to improve the safety and reliability of our system.”

However, the new inquiry into the pipeline is set to question the assumptions of the report further, and is not only set to focus on the environmental concerns but is likely to also ask whether the oil would be used in the US or exported, examine potential impacts on climate change and establish if the industry is prepared to clean up any potential oil spills.

If it goes ahead the pipeline would carry oil from the already controversial Alberta Tar Sands. The area contains an estimated 173 billion barrels of oil, worth around $16 trillion, ranking third in the world after Saudi Arabia and Venezuela.

The $7 billion pipeline project would take 700,000 barrels per day or more  through six states to refineries in Texas.

The extraction of oil from Alberta’s Tar Sands  has already come under intense criticism over its potential impact on global carbon emissions.

Alberta Energy estimates suggest it is responsible for around 5 per cent of Canada’s overall greenhouse gas emissions, while an EPA report claimed exploitation of the sands could result in the emission of an extra 1.15 billion tons of  CO2-e.