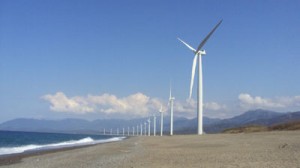 The Clean Development Mechanism (CDM) is one of three key market-based instruments introduced as part of the Kyoto Protocol to enable states to reduce their carbon emissions.

Together with International Emissions Trading (IET) and Joint Implementation (JI) the CDM forms the core of the UN’s flagship climate change policy.

The CDM is aimed at not only helping Annex-I countries meet their emission targets but also to help developing countries – those without binding emissions targets – achieve sustainable development.

While arguably the most successful of the mechanisms, there has been criticism of the CDM’s support for larger, and more financially viable, installations over smaller, household installations.

How does it work?
Under the CDM, low-carbon projects in developing countries can earn certified emissions reduction credits (CERs), each equivalent to one tonne of CO2. The credits can then be purchased by industrialised countries to meet part of their targets. Projects currently in the CDM include reforestation projects, wind farms and solar installations.

It is also the main source of income for the UNFCCC Adaptation Fund, which was established to help finance adaptation projects and programmes in developing countries that are particularly vulnerable to the affects of climate change. The fund is financed by a two per cent levy on CERs issued under the CDM.

Why was it introduced?
Under the Kyoto Protocol countries must limit or reduce their greenhouse gas emissions. The CDM was one of three market-based mechanism set up under the agreement to help countries meet their emission targets while encouraging the private sector and developing countries to contribute to emissions reduction targets. It stimulates sustainable development while giving industrialised countries flexibility over how they meet their targets.

Who is involved?
To date 3553 projects have been registered under the CDM. The main focus of the projects is currently in South America – particularly Brazil – and Asia – particularly China and India. There are also some projects across Africa. For a project to be accepted under the CDM it must be shown to cause a reduction in the developing country’s emissions that wouldn’t have happened anyway.

Has it been a success?
It’s hard to tell, but some reports suggest the CDM could achieve a global emissions reduction of up to one billion tonnes by 2012. The global CDM market was worth £19.8 Billion in 2010. It has certainly developed as a market, with the financial cost of carbon emissions pushed onto the political and business agenda.

What key criticisms have been made of the CDM?
There have been cases where  credits were paid to projects that would have been realised without external funding – a BBC World Service investigation in 2009 found examples of projects in India where this appeared to be the case.

Other critics – such as George Monbiot – argue that offsetting carbon emissions by purchasing credits from abroad does very little in terms of reducing global emissions, it simply transfers them to developing countries which have no legally binding emission targets.

How will reforms affect the CDM?
Currently most of the projects under the CDM are large scale projects – such as those reducing emissions from factories or investing in new wind farms – and tend to be in emerging economies. However, two new announcements from the CDM board could change this, opening up opportunities to smaller scale green technologies – such as clean cook stoves for poor houses.

The first announcement allows for ‘standardised baselines’ in calculating emissions level for technologies based on lab tests while the second provides the use of a ‘businesses as usual’ approach to estimate how much CO2 would have been produced in the absence of the low carbon alternative, making it easier to prove emission savings. The aim of this is to make it easier for small-scale projects to apply for and win CDM funding.