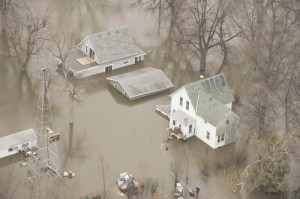 Floods, drought and other disasters associated with a changing climate cost the US more than $14 billion over the last decade, according to research published in the journal Health Affairs.

The study looked at six climate change related disasters between 2000 and 2009, events the authors stress are expected to worsen as the planet warms.

The largest cost was $13.3 billion – based on premature deaths, while actual health care costs were an estimated $740 million.

The highest costs directly related climate related disasters studied were from ozone air pollution between 2000 and 2002 at $6.5 billion and the California heat wave in 2006 at $5.3 billion.

The authors say the study highlights the growing need for public health preparedness to climate change  and aims to provide a methodology for estimating future health costs.