Shipping braced to take a hit in Durban 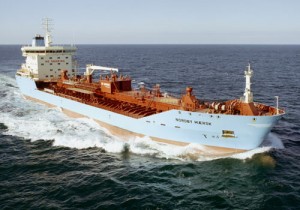 Hailed as a great source of funding for the Green Climate Fund, the global shipping industry could end up paying a disproportionate amount for their emissions, warns the UK Chamber of Shipping.

Emissions from shipping currently account for around 3.3 per cent of global emissions – the same amount as Germany and double that of Australia. One single ship can emit more in a year than a small island state.

There is now a general consensus for a global deal to limit the emissions from the shipping industry, and with agreements made at Cancun pledging $100 billion per year (by 2020) for a Green Climate Fund, a carbon levy on the shipping industry could provide much needed finance.

In the lead up to the Climate Conference in Durban, however, the UK shipping industry – while supporting a deal and a financial contribution mechanism – has raised concerns that they could end up paying a disproportionate amount to the fund.

David Balston, head of policy for safety and environment at the UK Chamber of Shipping said: “If it does happen we want to make sure that our contribution to the Green Fund which is likely to be proportional to the level of our emissions. Shipping emissions globally are about 3.3 per cent of world emissions so we think our share of $100 billion should reflect that.”

He said that this could lead to smaller companies going out of business but warned that ultimately the costs would be met by the consumers if they were too large for the shipping industry to absorb.

What shape this levy will take is still unanswered. Currently options include taxation on the industry and the inclusion in an Emissions Trading Scheme. Balston said that any option should be fully global and be a mechanism built specifically with the shipping industry in mind, dismissing calls from the EU to include the industry in the EU Emissions Trading Scheme if countries failed to come up with a deal at Durban.

Earlier in the year, Oxfam and WWF released a report highlighting one possible option. Suggesting a price of $25 per tonne they say it could not only be a significant driver for maritime emissions reductions while raising $25 billion per year – $10 billion of which could be set aside for the Green Climate Fund. At the same time they believe this would only cost shipping 0.2 per cent or $2 for every $1000 traded.

As they launched the report, Jason Anderson from WWF Europe said: “The climate conference in Durban provide the ideal opportunity for a global agreement on shipping. A mechanism to address shipping emissions and at the same time provide financing for developing countries should be on of the pillars of a strong package of outcomes that can put the world on a path to avoiding disruptive climate change.”

However Balston believes this amount is “crazily disproportionate” to their emissions contribution and both he and Dr Conor Walsh from the Tyndall Centre for Climate Research stress the importance of also setting aside money for further innovation and research and design into further improving energy efficiency in the shipping industry.

Left unregulated the industry is expected to grow by between 150 and 250 per cent by 2050. And with 90 per cent of global trade currently travelling by sea, the industry is a vital element of the global economy.

Dr Walsh believes this will be the biggest barrier to a global deal at Durban. He said: “Any relative decrease in shipping emissions (per tonne km) will have little impact if the demand for shipping increases – if demand for shipping continues to grow at current rates it is possible that it may even negate emissions in other sectors.

“Given its role in the global economy, any policy which seeks to reduce the demand for shipping will be unlikely to gain wide acceptance.”

Earlier this year, the International Maritime Organisation – the body given responsibility for emissions from international shipping by the UNFCCC – did make some moves to improve the energy efficiency and reduce the impact of ships, when it, under the Marine Environmental Protection Committee (MEPC),  implemented an Energy Efficiency Design Index (EEDI) to regulate new ships.

However, with the industry expected to grow, any energy efficiency gained thought his could be negated by the increase in shipping, and a global deal will have to build on these improvements.

Another major barrier to a global deals success will be attributing emissions to countries, particularly as shipping has historically been a complex industry to track due to it’s global nature, sand Balston stresses that time must be taken to understand the industry.

He said: “Whatever scheme is put into place there has to be a period – the beginning part of it – which is set aside to fact find and get shipping companies used to reporting their emissions or their bunker trade so that the IMO – who will hopefully be the regulatory body of bringing in such a system – can gain a crystal clear idea of who’s producing emissions and how much. It has to be absolute key to anything which is brought into place.”