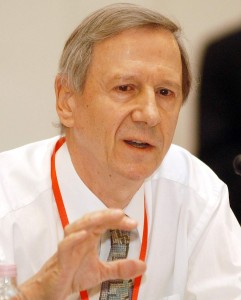 The US has displayed a “disappointing” lack of leadership in climate change negotiations, according to academic and former advisor to Tony Blair, Lord Anthony Giddens.

Speaking in an interview with The Ecologist, Giddens said the US had fallen short of his expectations under President Obama.

“The main joker in terms of the international arena is the United States. Lack of American leadership I find deeply disappointing. I had high hopes that President Obama would be an inspirational leader for climate change policy,” said Giddens.

“I was hoping that there’d be important bilateral agreements between China and the US, which would lead to substantial programmes of energy transformation. So far they’ve had talks but these haven’t led to much.”

Giddens attributes the lack of progress on climate change in the states to partisan politics in the US. He says this was stoked by Obama’s Health Care bill that polarised the country and has made it difficult for the federal government to lead.

“In the US the complete polarisation of climate change issues is really unfortunate not just for the US, but the rest of the world. [In the UK] there is a pretty large cross-party consensus. Ideally, I’d like every country to have that. Climate change is not a left-right issue, it concerns everybody,” he said.