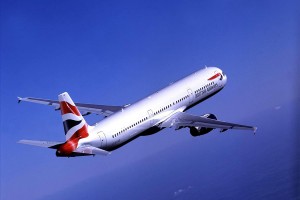 British Airways calls for a clearer picture of how the EU Emissions Trading Scheme (EU ETS) will deal with non-compliance as the US House of Representatives vote to exclude US airlines from the scheme.

British Airways’ Environmental Affairs Manager, Leigh Hudson told RTCC: “We would like a clearer picture of what will happen. If non-compliance does occur, how will EU member states deal with it and what measure will be taken to protect those people who comply?”

From 1 January next year, any airline flying to and from Europe will be included in the EU ETS – a decision which has caused controversy amongst many global airlines.

The latest Bill from the US – prohibiting any US airline from participating and telling other US agencies to take steps to prevent airlines from being penalised – is set to further heighten tensions between EU and non-EU countries.

Hudson said: “We’re pro trading, we like trading, we think it’s far more effective than tax. It will really drive low carbon innovation and it works.

“But we are worried that as they’ve gone for an inter countries design it will mean that we get some problems with the way it roles out.”

The US is not the first country to raise concerns about the scheme. Russia, China and India have also criticised it and BA call for a clearer picture of what actions will be taking with airlines that do not comply.

Under targets, set by the International Civil Aviation Organisation, airlines must cap their net emissions by 2020 and reduce them by 50 per cent by 2050, compared to 2005 levels. Currently aviation accounts for 700 million tonnes of CO2 a year, and with unconstrained growth at around five to six per cent this could reach 1300 million tonnes by 2050.

Currently the biggest barrier for airlines in reducing emissions is their fuel, says Hudson and while investment and research is being placed into finding alternatives, particularly biofuels, trading will continue to play a role.

“There is no sense to do it ourselves if someone else can do it more quickly, more efficiently and at a lower cost. That’s the whole beauty of trading you can get the emissions reduction fast and efficiently.”

However, the EU ETS has been described as a “tax grab” by US Republican Transportation Committee Chairman John Mica, and with over 20 other countries opposing the scheme there could be similar cases to come. The US bill will now go before the Senate.