Turning up the heat on energy efficiency 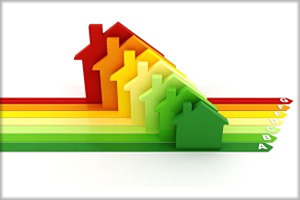 Several centuries ago it was not uncommon for people to suffer a complaint termed, consumption. It was the illness of choice in many a Jane Austen novel. Today, a different kind of consumption is causing problems for society, high and low.

While tactics for reducing carbon emissions frequently concentrate on the original source of the energy, there is an argument that changing people’s attitudes towards usage and improving the efficiency of that usage, can play a significant role as well.

Mark Levine, of Lawrence Berkley National Laboratories, has studied energy efficiency in China since the 1980s and is in no doubt as to the significance of the energy savings on offer.

“I went to China to advise them on the establishment of their first energy efficiency ratings for appliances,” says Levine. “Once standards were in place for fridges and air conditioners they were able to make annual energy savings equivalent to twice the annual output of the three gorges dam. When all electrical appliances had standards in place, they were saving five-and-a-half times the output of the three gorges dam.”

That’s 550 TWh or, if you prefer, around one quarter of the energy production of the UK.

One area that could make a major contribution to de-carbonising the UK economy, is residential heating. In 2008, residential space and water heating was responsible for 78 Mt CO2. But, in order to make significant differences by 2050, the country would have to wean itself of natural gas, the dominant source for heating British homes, according to a new briefing paper published by the Grantham Institute for Climate Change.

“The cause for hope is that a radical change over such a short time frame has happened before,” says Adam Hawkes, visiting fellow at Imperial College and the Grantham Institute for climate change and an author of the new UK report. “Gas started to be used in some homes around the turn of the last century but it didn’t begin to gain serous traction until the 1970s.”

So how can the UK bring about such a radical change today?

“People will respond to an increase in the cost of heating their homes, they’ll turn down their thermostats, perhaps adopt efficiency measures, such as insulation, as well. There’s also an opportunity for lifestyle change and behaviour,” says Hawkes.

“Although some things have been changing and improving, a lot more pledges can be made on the demand side. New efforts toward energy efficiency in the home must happen if we are to have any chance of meeting our 2050 targets. There needs to be more tangible reasons for people to pursue low carbon heating.”

A further complication for the UK could be posed by the recent shale gas discoveries. If these are developed into large-scale, exploitable finds, the motivation to move away from gas is likely to dwindle.

One of the best changes people can make, according to Hawkes, is to install the combination of a heat pump and combined heat and power boiler. Retro-fitting the estimated 25 million homes in the UK is not going to happen overnight however. Heat pumps are not suitable for all and can involve a degree of disruption during their installation.

A possible boost for curbing emissions could come in the form of the British Government’s Green Deal. The scheme is designed to provide low-cost finance to help 14 million households install insulation and other efficiency measures.

The message from Hawkes’ report is that without more drastic shifts in usage and efficiency, emission’s targets will be hard to achieve. Rising energy prices are likely to accelerate the public’s move toward greater efficiency, but for now, bills are likely to leave many feeling faint, must be the consumption.