$1 trillion needed to ensure electricity for all 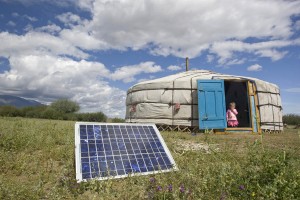 Ensuring universal access to energy will mean $1 trillion of investment by 2030, according to a new report from the International Energy Agency (IEA), with 60 per cent going to sub-Saharan Africa.

The report “Energy for all: Financing access for the poor” – an early release of the 2011 World Energy Report – calls for financial help to aid the 1.4 million people still living without electricity.

Maria van der Hoeven, IEA Executive Director says: “In too many countries today, children cannot do their homework because they have no light. Food cannot be kept because there is no electricity. In short, modern society cannot function.”

Coming ahead of the UN’s ‘International Year of Sustainable Energy for All’, the report calls for rapid collective action to address energy poverty, with $48 billion worth of extra investment needed every year to 2030 to ensure every community and every household has access to electricity and clean cooking facilities.

Over 550 million of those without electricity are currently living in Africa – rising to around 650 million by 2030. The whole of sub-Saharan Africa – excluding South Africa – currently only generates 28 GW of electricity, the same amount as generated in Argentina.

The IEA say 60 per cent of the total investment should be focussed on this area.

Around 25 countries in sub-Saharan Africa face an energy crisis, and are plagued by rolling blackouts, according to the World Bank. High power tariffs in the region, $0.13 per Kwh compared to $0.04 to $0.08 per Kwh in most parts of the developing world, make electricity inaccessible for most households.

Africa is a continent that sees a hugely uneven distribution of these resources; meaning huge gains for some and energy crisis for others – particularly those in rural regions.

Smita Nakhooda, Research Fellow at the Oversea’s Development Institute told RTCC: “The big challenge is the scale of the problem. In many sub-Saharan African countries less than 10 per cent of the population have access to electricity and those who do trend to be in urban areas, where energy is not only most used but most easily distributed.

“The other part of the challenge is getting investment in countries which are very poor and have a history of conflict and the regulatory environment to attract private investment is not as strong. You have to frame the access to energy right, linking it with development and post conflict security building.”

Speaking at the launch of the report Erik Solheim, Norwegian Minister for the Environment and International Development, echoed the need to attract private investment. Currently uncertainty about the risks of investing in these countries provides key obstacles to private sector investment.

Projects such as Lighting Africa – a joint programme from the World Bank and the International Finance Corporation – looks to identify and mitigate these barriers, and support the development of commercial off-grid lighting markets in sub-Saharan Africa.

It aims to bring safe, affordable and modern off-grid lighting to 250 million people by 2030. Off-grid and renewables projects have huge potential in the region, where connecting to the national grid is difficult.