Comment: Carbon emissions are 60% higher than they were in 1990, when the first IPCC report was published. This is a symptom of a highly unsustainable political economy 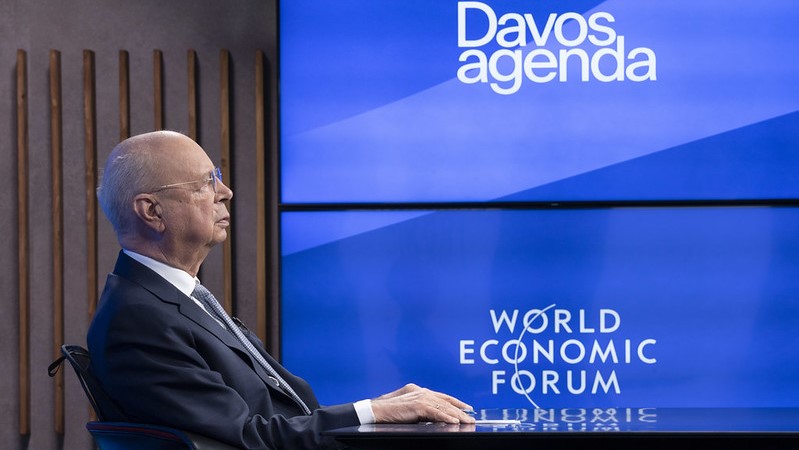 By Isak Stoddard and Kevin Anderson

Across the Atlantic, US president Joe Biden’s climate claims are undermined by $25 billion of federal funding for airport development and a rise of over 6% in US CO2 emissions in 2021.

Three months on from Cop26, with declarations of climate emergencies now de rigueur and with Exxon and Saudi Arabia joining the “net zero” choir, emissions in 2022 are again set to rise.

As we return to a thriving business as usual, it is surely time to reflect with humility on our long-standing failure to curb global greenhouse gas emissions.

After decades of scientific warnings of climate disruption, a constant round of international negotiations and myriad forms of “climate action”, how is it that carbon emissions today are 60% higher than they were in 1990, when the first Intergovernmental Panel on Climate Change report was published?

This is the central question we address in an article for the latest Annual Review of Environment and Resources, co-written by an interdisciplinary team of twenty-three authors.

Quantifying CO2 emissions over the past three decades demonstrates not only the scale of collective failure to cut emissions, but also the rampant inequality underpinning contemporary societies. Globally, the wealthiest 10% are responsible for more than 50% of all carbon emissions, and the combined emissions from the top 1% are more than twice those of the poorest 50%.

Although such numbers reveal important insights, they risk masking how climate change is not simply a problem to be fixed, but an acute symptom of a highly unsustainable political economy. The particular development trajectory that has brought us here is upheld by different forms of power, which together are driving the relentless rise in emissions.

A key form of power lies in the technocratic and top-down worldview that shapes debates, controls institutions and entrenches the dominant political paradigm. Largely unchallenged it defines international climate negotiations and repeatedly delays the transition away from fossil fuels.

Underpinning it are deep-seated ideologies of control, with colonial roots that continue to drive geopolitical competition for resources, often supported by military force. Epitomising this form of power is the World Economic Forum’s annual gathering in Davos (returning to a physical event in May), where “the foremost political, business, cultural and other leaders of society” meet “to shape global, regional and industry agendas”.

Research can contribute to a better world, but can also be used to protect powerful vested interests. Mainstream economics, for example, is typically used to justify a doctrine of economic growth, shifting the negative consequences onto the most vulnerable through claims of “cost optimisation” and the financialisation of nature.

Whilst the “expert” community may be working quite impartially, it does so within highly constrained boundaries imposed directly through funding and indirectly through prevailing hierarchies. That said, and despite its tacit allegiance to the Davos culture, this constellation of enablers holds real power to either legitimise or undermine the status quo.

With heads conveniently hidden in the sand, those of us with (or yearning for) high-carbon lifestyles are deeply reluctant and unable to imagine futures far removed from those we enjoy today.

Yet the inequity we benefit from systematically undermines climate action, decoupling the vulnerable from the powerful. It erodes social trust, and reinforces the preference of high-emitters for the status quo. Such dynamics are concomitant with the active marginalisation of any alternatives that threaten business-as-usual, especially ones that uphold the dignity of all humans, and indeed the more-than-human world.

The prevailing narrative is that we now have to urgently harness society’s economic and technological powers to gain control of the climate crisis and safely navigate the so-called Anthropocene. Central to this view is that we have no time to replace vested interests and question existing norms and power structures.

In stark contrast, our recent paper concludes that it is exactly these interests, norms and structures that continue to be a key impediment to meeting our climate commitments.

We cannot simply exchange one locked-in set of power structures for another. We need to acknowledge that fundamental change often comes from unexpected places and in emergent forms.

The growing discontent across much of the world may yet give rise to more life-affirming directions and less hierarchical expressions of power. These have the potential to free up the boundaries of analysis for the enablers which, in turn, could erode the top-down diktats from Davos and rapidly open up space for imagining and building genuinely decarbonised futures.

Isak Stoddard, is doing a PhD at the department of Earth Sciences, at Uppsala University in Sweden. Kevin Anderson is a researcher at the Tyndall Centre for Climate Change Research at the University of Manchester in the UK. They are lead authors of an article published in the Annual Review of Environment and Resources: “Three decades of climate mitigation: Why haven’t we bent the global emissions curve?“.